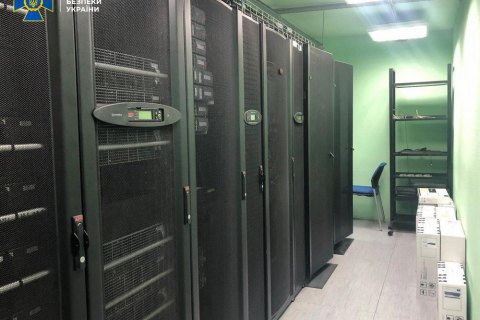 The Security Service of Ukraine (SBU) has exposed a number of newly-appointed officials of the State Tax Service who facilitated tax evasion exceeding 500m hryvnyas a month.

They made unauthorised use of official information, the SBU press service reported .

"Thus the criminals made it possible for a number of "exchange-transit' groups to circumvent the automated monitoring system for assessing various degrees of risk and to avoid paying taxes on an especially large scale," the SBU specified.

To implement their scheme, officials of the customer support and IT department, the department for monitoring risky operations and income, as well as employees of the State Tax Service in Kyiv, Lviv, Mykolayiv, Volyn and Donetsk regions and Kyiv, entered into a conspiracy with the owners of an IT company.

"This company develops software for the State Tax Service and knows the algorithm of the electronic information resources of the tax service. As the developers of the protection systems for these resources, the businessmen have created the opportunity to ensure the illegal formation of a tax credit with VAT to entities in the real sector of the economy," the SBU added.

They used more than 300 fictitiously created firms to conduct bulk operations and replace the stated range of goods and services, and form a tax credit for customers.

The State Tax Service press service confirmed the fact of investigative actions but emphasised that STS head Serhiy Verlanov or other heads of units were not searched.

On 15 January, Verlanov gave a briefing for journalists in Odesa. However, only representatives of propresidential One Plus One TV and pro-opposition Inter TV were allowed to attend.

According to the local news website Duma, correspondents and filming crew of at least eight media outlets, including Duma, Duma TV, Pushkinskaya, Redaktsiya, 5 Kanal and Ukrayina were barred from entering. A guard said that only those journalists who were on his list would be let in.