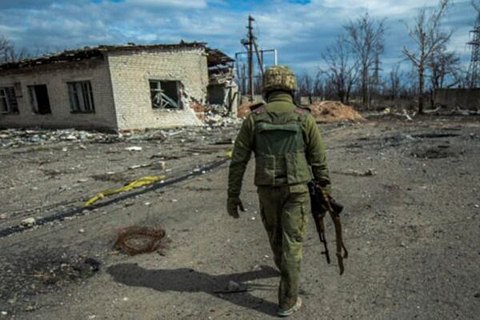 One Ukrainian serviceman was reported killed in Donbas today, the Joint Forces Operation HQ has reported.

There have been nine ceasefire violations by the Russian occupying troops since midnight.

They fired with 152-mm artillery, 120-mm and 82-mm mortars banned by the Minsk agreements, grenade launchers, a drone and machine guns. There was also enemy sniper activity.

Like in the previous days, the banned heavy weapons were mostly used near Orikhove and Novotoshkivske in Luhansk Region.