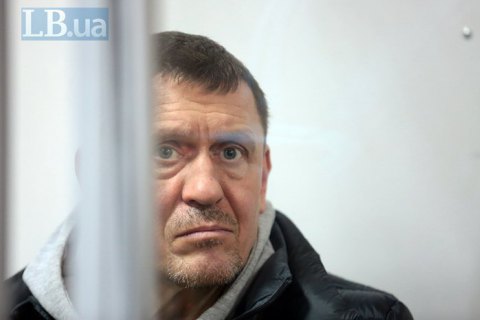 Kyiv's Svyatoshynskyy district court has arrested Ihor Redkin, who is suspected of organizing the murder of Donbas volunteer fighter Amina Okuyeva, for 60 days until 11 March, an LB.ua correspondent has reported.

His defence said that it would appeal the court resolution, saying their client's health is deteriorating.

Redkin denied any accusations. He said that he learnt about Okuyeva's murder after his detention.

Born in Odesa, Okuyeva fought in Donbas against pro-Russian militants. She took part in the creation of the Dzhohar Dudayev battalion under the command of her husband Adam Osmayev.

On 30 October 2017, unidentified attackers pierced the couple's car from automatic guns near the Hlevakha railway station in Kyiv Region. Okuyeva was killed and her husband wounded.

On 12 January 2020, police said that they had detained the man whose biological samples matched the DNA on an automatic rifle. The detainee was allegedly involved in two other high-profile murders in September 2016 and January 2019.