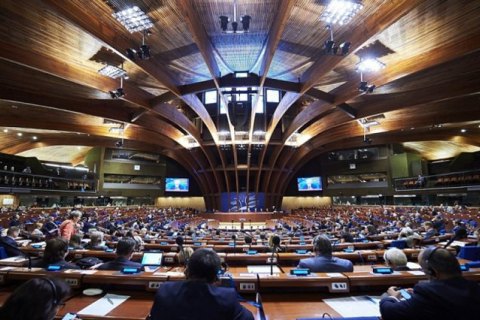 Ukraine plans to resume its delegation's participation in the Parliamentary Assembly of the Council of Europe (PACE) in 2020, as seen from draft resolution N0 2718 submitted to parliament by propresidential MP Yelizaveta Yasko, who heads the delegation.

"The purpose of the Ukrainian delegation's participation in the work of PACE is to prevent the preservation of the existing situation in Europe, which has developed as a result of Russia's aggressive foreign policy, to provide objective information about illegal actions of the Russian Federation in the occupied territories of Ukraine," the document reads.

It is noted that by participating in PACE sessions, Ukraine "intends to take efforts to stop armed aggression by a member country of the Council of Europe and to overcome its consequences, as well as to prevent the use of the PACE rostrum to spread false information about the situation in Ukraine".

The next PACE session is scheduled to be held in Strasbourg (France) on 27-31 January.

In late June 2019, PACE voted to bring Russia back to the session hall. The Russian delegation lost its voting right due to the occupation of Crimea in 2014.