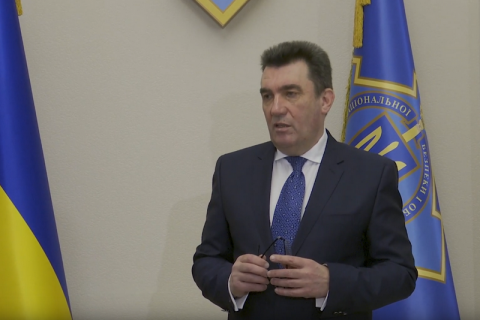 Ukraine had had evidence that the Ukraine International Airlines plane had been hit by a missile before Iran came clear on this, the secretary of the National Security and Defence Council of Ukraine, Oleksiy Danilov, has told the BBC.

In particular, according to him, Ukrainian experts, who were sent to Tehran, "found evidence that it was a missile".

"With high probability, we know the type of this missile, we know when the Iranian authorities bought it, and we know who they bought it from," Danilov said.

In his opinion, it was Kyiv's possession of the evidence, as well as public statements that the missile hit was among the main theories behind the crash, which made Iran to come clear.

"We understand why Iran has changed its position: they did not know how our experts would act... After a very short period of time, having merged all the information flows, we realised what had happened. We could not go public immediately, we had to do some work. Iran is a very difficult country, and we were very worried that they might send our specialists back... I think that Iran realised that it can no longer deny this and that Ukraine already has the evidence anyway," he explained.

According to Danilov, the photo published by the president’s office on Saturday clearly shows that the missile hit the cockpit.

"We consider this already a proven fact, and therefore the negotiations that our pilots were supposed to conduct, they stopped right away. Unfortunately, they were killed at once by the first hit," Danilov said.

At the same time, he noted that Ukraine would not stop the investigation into this air crash despite Iran's official recognition of the missile strike. Kyiv will demand punishment for those responsible.

A regular flight from Tehran to Kyiv by Ukraine International Airlines crashed in Iran on the morning of 8 January, killing all 176 people from seven countries onboard. Three days after the crash, Iran admitted that it had shot down the plane "unintentionally". The Islamic Revolutionary Guard Corps claimed full responsibility for the crash of the plane.