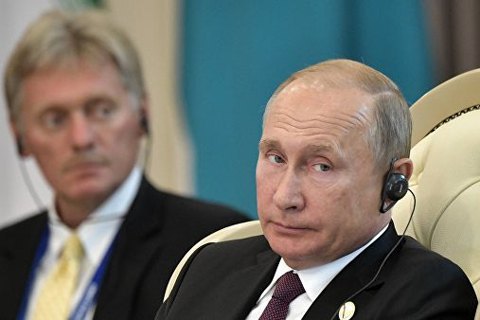 The Ukrainian Foreign Ministry has sent a note of protest in connection with the unauthorised visit by Russian President Vladimir Putin to occupied Crimea.

The Russian president visited Sevastopol, the Foreign Ministry said on Facebook. He was there to observe the illegal exercises of the Northern and Black Sea fleets of Russia near the shore of temporarily occupied Crimea.

"Crimea and Sevastopol are an integral part of the sovereign territory of Ukraine, and no trips will change their status enshrined in the Constitution of Ukraine and recognised by the international community," the statement reads.

The Foreign Ministry said that that the militarization of Crimea poses a threat to European security.

On 9 January, Putin once again visited occupied Crimea in violation of international and Ukrainian law. He attended the test launch of missiles with nuclear potential.