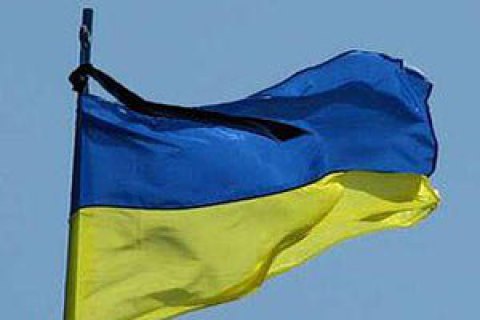 President Volodymyr Zelenskyy has declared 9 January a day of mourning for the victims of the Ukraine International Airlines PS752 flight air crash in Iran.

Flags will be lowered and any entertainment events and media programming will be cancelled.

He called the 8 January incident a "black page in the history of Ukraine and the whole world".

"Certainly, the priority for Ukraine is to establish the causes of the crash. We will definitely find out the truth. To do this, a detailed and independent investigation will be carried out in accordance with international law. The investigation into the crash will be carried out by a commission created by the Civil Aviation Organization of the Islamic Republic of Iran," the president said in a video address published on his website and social network accounts.

Zelenskyy noted that a Ukrainian search and rescue group of 45 people had already arrived in Iran. It includes representatives of the State Aviation Service, the National Bureau of Air Accidents Investigation and UIA. They will leave for the crash site soon.

"We expect that all of them will be included in the work of the commission, in particular, in deciphering the records of the black boxes. If need be, other necessary experts may also be involved in the work of the commission, they have also arrived in Tehran. These are representatives of the National Security and Defence Council, the Security Service of Ukraine, the State Emergencies Service, the Defence Ministry, the Foreign Ministry, the Interior Ministry and other state institutions. These are the best specialists of our country who have extensive experience in examinations. They will carry out identification and repatriation of the dead Ukrainians," the president said.