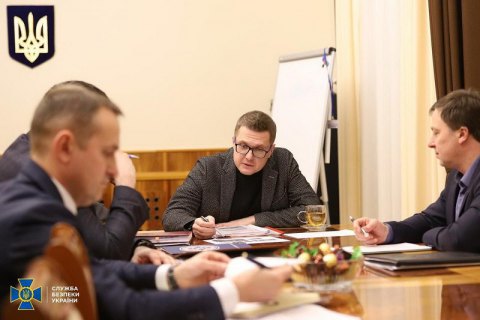 A missile hit and a terrorist attack are the top two versions suspected by the Security Service of Ukraine (SBU) to be the cause of the Ukraine International Airlines air crash in Tehran on 8 January.

SBU chief Ivan Bakanov announce this at a meeting of a special working group on 10 January.

"Indeed, the version on the hit with a missile from a TOR anti-aircraft system draws top public attention today. However, it is enough to open the system manual and you will have a number of questions requiring additional answers. In particularly, it concerns the range of the missile, peculiarities of guiding the system and so on. All the questions are being worked out at the moment," the SBU press centre quoted Bakanov as saying.

The SBU is also checking the version of a terrorist attack, but "the issue is too important to make any hurried conclusions".

He warned Ukrainians against sharing fake stories about the incident.