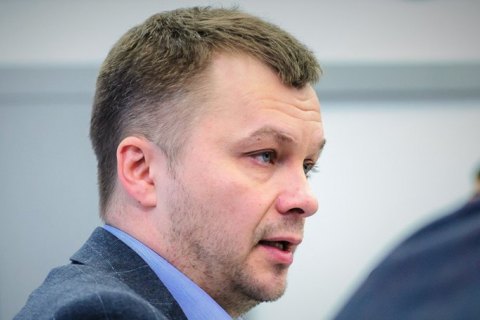 Economy, Trade and Agriculture Minister Tymofiy Mylovanov has refused to talk to journalists beyond a news conference, citing health reasons.

"I spent the weekend in a hospital where I underwent a surgery in a private clinic.. I have zero immunity at the moment, therefore I beg your pardon because I will not be able to answer questions after this. I was banned from communicating with people," he said.

He did not say what type of surgery he had.

Last year the head of the president's office, Andriy Bohdan, said that President Volodymyr Zelenskyy's team did not need journalists to talk to society.