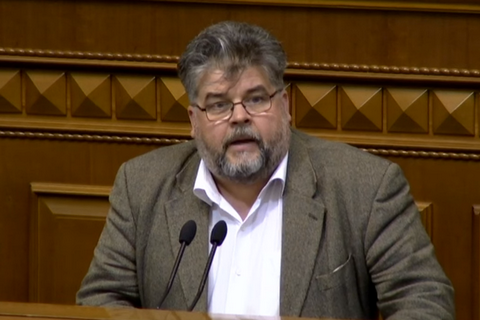 Opposition MPs chanted "Shame" as the head of the parliamentary committee on foreign policy, Bohdan Yaremenko, took the rostrum for the first time after the October sexting scandal.

According to an LB.ua correspondent, Yaremenko presented parliament's draft resolution on the downing of the Ukraine International Airlines Flight 752 in Iran.

After speaker Dmytro Razumkov gave the floor to Yaremenko, MPs in the session hall started to whistle and shout.

MPs from his Servant of the People faction, for their part, decided to support him with applause.

"I am thankful to my majority colleagues. I think that the applause is inappropriate here because were discussing the death of Ukrainian and other states' citizens," he said.

On 30 October 2019, Yaremenko was spotted sexting women other than his wife about sexual services. Although he initially attempted to present this as a joke, later he apologised to his family and threatened to sue the journalists who published the photos of his phone screen with texts he sent from the parliament session hall.