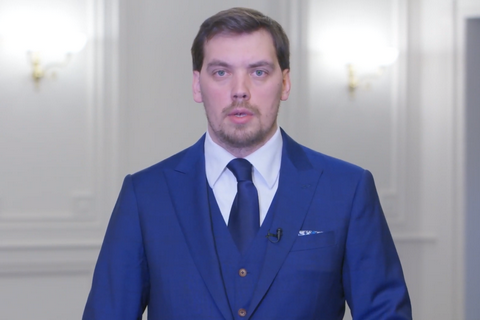 The deputy head of the president's office, Kyrylo Tymoshenko, has refused to comment on the allegations that Prime Minister Oleksiy Honcharuk has tendered his resignation.

Speaking to LB.ua, Tymoshenko referred the question to the Cabinet of Ministers.

The government press service, for its part, denied the rumours.

"The press service of the Cabinet of Ministers does not have any information about the authenticity of any audio or video recordings that are being shared on the Internet. Information about the resignation of the prime minister is not true," the cabinet said.

An LB.ua source in the Servant of the People faction met today to discuss the regulations. Also, Naftogaz CEO Andriy Kobolyev and the director general of Ukrposhta, Ihor Smelyanskyy, reported on their bonuses.

According to the source, a group of MPs suggested expressing no confidence in Prime Minister Oleksiy Honcharuk. Faction leader David Arakhamiya put the question to a vote, but only about 10 MPs supported it, the source said.

According to him, Honcharuk has just gone to see the president. Since parliament cannot initiate the resignation of the government during its first year, Honcharuk can only step down on his own.

Another source in Servant of the People confirmed to LB.ua that "consultations and negotiations are underway on the possible resignation of Honcharuk of his own free will. As of now, there is a letter of resignation. But the decision has not been made."

Earlier today, a recording of Honcharuk's alleged conversation was online. The man sounding like the prime minister can be heard saying that President Volodymyr Zelenskyy does not understand the economic processes in the country. At the same time, this person also admitted that he was a layman in economic terms himself.