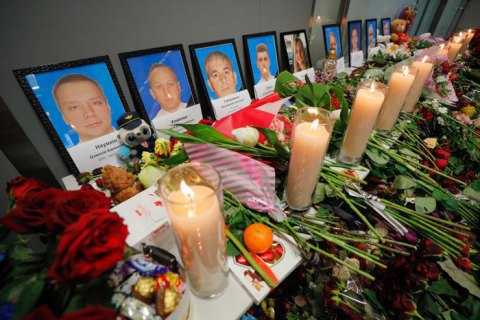 The bodies of all 11 Ukrainian victims of the Ukraine International Airlines Flight 752 crash in Iran have been identified, the communications department of the Interior Ministry has reported.

"Today Interior Ministry experts staying in Tehran have been provided with the DNA profiles of all 11 killed Ukrainian citizens. Preparations for further transfer to Ukraine are underway," the report reads.

According to preliminary reports, the transfer is expected to be completed by 19 January 2020.

A regular flight from Tehran to Kyiv by Ukraine International Airlines crashed in Iran on the morning of 8 January, killing all 176 people from seven countries onboard. Three days after the crash, Iran admitted that it had shot down the plane "unintentionally". The Islamic Revolutionary Guard Corps claimed full responsibility for the crash of the plane.