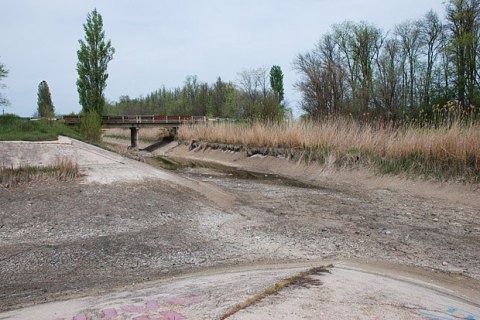 The Ukrainian president’s permanent representative in charge of Crimea affairs, Anton Korinevych, has said that the issue of water supply to the Russia-annexed peninsula is not on the agenda.

“No-one is talking about resuming water supply. Water from the canal will go to Crimea after deoccupation only. No water before deoccupation,” he said on Facebook.

He noted that parliament’s human rights committee will hold its field meeting in Kherson Region on 11-12 February. MPs will focus on the issues concerning the occupied territories of Crimea and will visit the Kalanchak checkpoint on the administrative border between mainland Ukraine and the peninsula.

The MPs may check on the dam of the blocked section of the North Crimean canal.

The field meeting has nothing to do with the problem of water supply, he pointed out.

Korinevych was commenting on the remarks made by MP Yuriy Arystov on the Skhemy investigative TV show. On the video recorded back on 17 October 2019, which however was not published until late January 2020, he said that there were suggestions to start selling water to Crimea.

“There was an idea to sell water. The Israelis sell water to the warring country, they earn from this. So we had this idea, for example, to sell water to Russia,” he said. When asked where to exactly in Russia, he answered: “We talked about Crimea.”

Before Russia annexed Crimea in 2014, Ukraine satisfied up to 85% of the peninsula’s need for fresh water via the North Crimean canal. Water supply was stopped after the annexation.

The Ukrainian authorities repeatedly said that it could be resumed only after Crimea is deoccupied.

In August 2019, the occupying authorities in Crimea said that it was necessary to start “checking the ground” to unblock the North Crimean canal because the Dnipro River carries “the water coming from the Russian Federation”. Korinevych responded by saying the Dnipro River is not in Crimea.