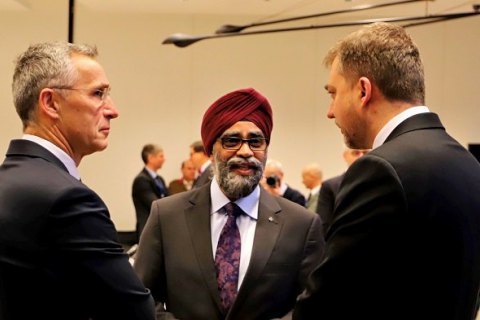 He called on NATO member states to consider and approve this decision.

"Allies are aware that this issue is an absolute priority for Ukraine. Ukraine has made significant progress in implementing the Alliance’s standards and already meets military criteria to join EOP. We are ready and there is an excellent window of opportunity now," he was quoted as saying on the Defence Ministry's website.

He also noted that EOP status for Ukraine is key to strengthening European security and deepening cooperation and partnerships.

Zahorodnyuk pointed out that Ukraine has something to offer to the Alliance. In particular, he mentioned Ukrainian servicemen's continued participation in NATO-led missions, exchange of Donbas war combat experience, including its hybrid component, exchange of intelligence and security efforts in the Black Sea.