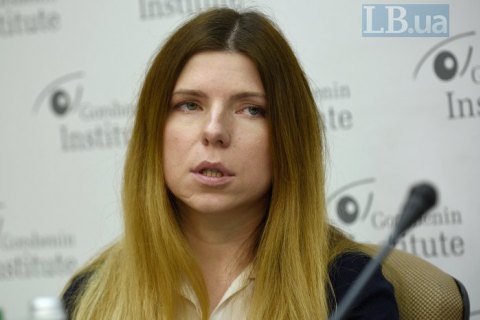 The coronavirus epidemic may have a significant impact on the economies of China and the world, a deputy director of the Centre for Economic Strategy, Mariya Repko, has said at a roundtable "Coronavirus. Social and economic dimension" hosted by Gorshenin Institute.

"Analysts in the world model the behavior of economies and markets in relation to the coronavirus, based on the data from 2003 when there was an epidemic of SARS. The virus was quickly tamed and it did not have a significant effect on the economy, but the markets were a little 'rocked'. But now the situation is different because in 2003, China occupied only 4% of the global economy. Now it is 16% and China is the world's second largest exporter and the first importer. This is a huge country and any shakeup of the Chinese economy has consequences all over the world. According to Bloomberg, Hubei is responsible for a significant portion of Chinese GDP, where technology-based industries are concentrated. Because analysts are very worried. The basic scenario now is the one according to which SARS unfolded: a fairly quick victory over the virus. And if the first quarter of China's economy is lost, as soon as in the second quarter there will be a sharp increase. But no-one rules out the emergence of the "black swan": Moody's published a forecast in case of a global epidemic, according to which the first thing to be affected is commodity prices. China imports a lot of fuel, ore and metals. All of these are goods that are traded on world markets, and prices for these products can drop by half to a quarter of the current market," she said.

The expert also noted that the epidemic could affect the Ukrainian economy.

"The first channel of influence is the change in prices in commodity markets. Despite the fact that Ukraine sells most of its ore not to China but to Europe and the CIS countries, if the price of ore falls, our exports and metallurgists' gains will fall. In general, China is the main market for many groups of exported Ukrainian goods. There is also import. Ukraine purchases almost 100% of diodes, semiconductors, telephones, electronic devices and clothes from China. The epidemic will hit trade and, in general, this could have a positive effect on the positions of Ukrainian producers which can replace Chinese goods in consumer markets," she noted.