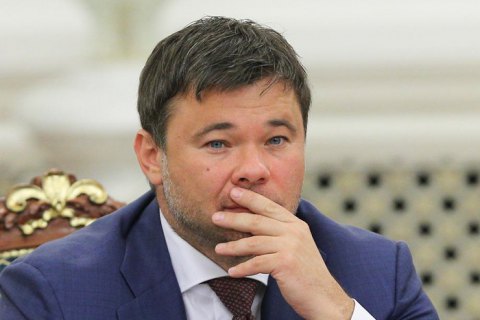 President Volodymyr Zelenskyy has dismissed his head of office Andriy Bohdan and appointed Andriy Yermak to this post.

According to the president's office, Zelenskyy thus accepted Bohdan's resignation.

Yermak was Zelenskyy's top aide who accompanied him on all important domestic and foreign trips.

"The change of the head of the Ukrainian president's office does not affect the country's political course in any way. There are important reforms ahead and they are in the focus of Volodymyr Zelenskyy's team. The president's office is confident that Andriy Yermak can handle the entrusted responsibility," it said.

Bohdan, a former lawyer for tycoon Ihor Kolomoyskyy, headed the president's office since 21 May 2019.

According to some media reports, there was a conflict between Bohdan and Yermak which the latter denied.