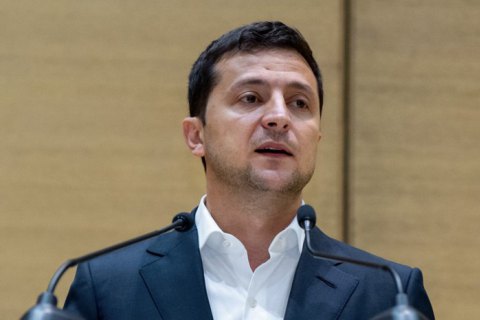 President Volodymyr Zelenskyy has said in an interview with the Interfax-Ukraine news agency that Russia wants to reincarnate the Soviet Union.

In his opinion, with its actions in the past years, Russia has only made enemies among many Ukrainians and it is hardly possible to restore pre-war relations.

However, he suggested that "pragmatic relations" between Ukrainians and Russians are possible.

"Russians will not be met with bread and salt in Ukraine. But if they come when there is peace, if they come, for example, to Truskavets, they will be told: okay, pay money, live, please, and take your treatment course. These will be pragmatic economic relations. I cannot even imagine what steps should be taken and how much time will pass until they are welcomed as dear people again," he said.

Previous President Petro Poroshenko also said that Russia is seeking to destabilise Ukraine and push it back into the USSR.