Plane with evacuees flies out of Wuhan

Separatists use artillery, tanks in massive attack in Donbas

Residents of Lviv suburbs block motorway out of fear of coronavirus 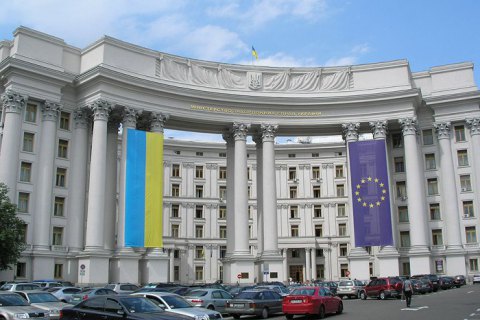 Ukraine is not planning to appoint an ambassador to Russia any time soon, the Ukrainian Foreign Ministry has said, according to Ukrainian News.

As reported earlier, Ukraine is agreeing the candidacies of ambassadors in 13 out of 19 countries where it does not have them.

Russia is not on this list, the Foreign Ministry said.

In January, Russian media reported that the Kremlin is selecting a candidate for ambassador to Ukraine.

On 10 February, Russian Foreign Minister Sergei Lavrov said that Russia would not mind a mutual return of diplomatic representatives.

Russia recalled its ambassador Mikhail Zurabov from Kyiv on 23 February 2014. It was then represented by charge d'affaires ad interim Andrei Vorobyov who then died on 30 May 2016 and was replaced by Aleksandr Lukashik.

Ukraine recalled its ambassador Volodymyr Yelchenko from Russia in 2014.