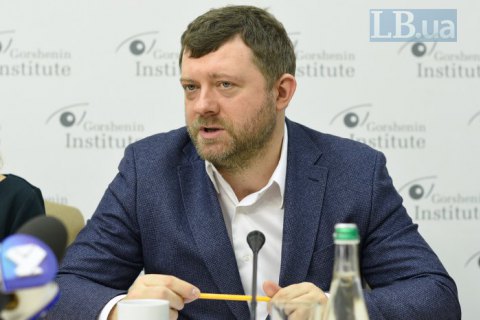 The propresidential Servant of the People party insists that a special status for militant-controlled areas of Donetsk and Luhansk regions should not be embedded in the constitution, the first deputy head of the party's parliamentary faction, Oleksandr Korniyenko, has said in an interview with Interfax-Ukraine.

"Our position and that of President Volodymyr Zelenskyy is that a special status should not be included in the constitution. Both draft laws had no 'special status'," he said.

Asked about the development of a new bill "On the special procedure of local self-government in certain areas of Donetsk and Luhansk regions", he recalled that the president prolonged the action of the existing bill until 31 December 2020.

In January 2020, Russia's Vladimir Putin said that Ukraine should introduce a "special status for Donbas" to its constitution.

At the Normandy Four talks in Paris, Zelenskyy agreed that Donbas will have a special status in accordance with the action plan of the 2015 Minsk accords.

However, the Ukrainian authorities repeatedly said that they were not planning to add it to the constitution.