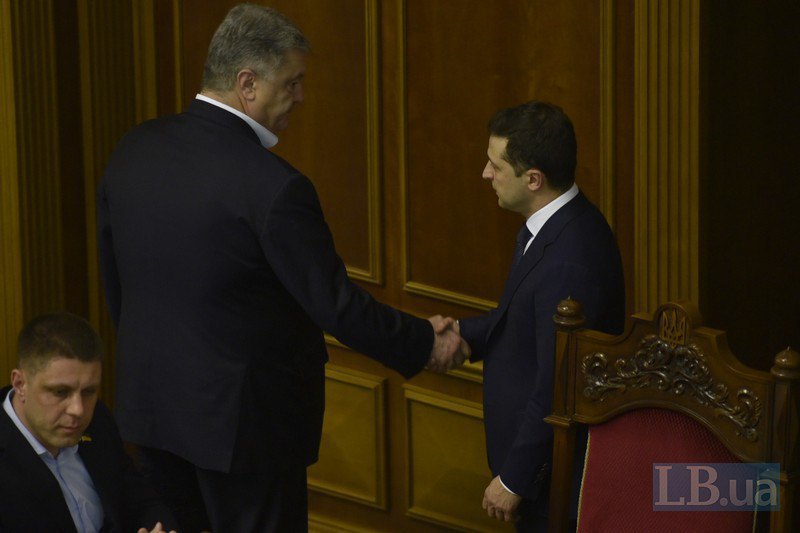 President Volodymyr Zelenskyy and his predecessor, leader of the opposition party European Solidarity, Petro Poroshenko, had a conversation in the parliament presidium and shook hands, according to an LB.ua correspondent.

Their brief conversation took place before MPs voted for a new cabinet.

During his speech in parliament, Zelenskyy demanded results from law-enforcement bodies. He said that “unfortunately”, he does not have any influence on law enforcers, because if he had “some people would have felt it already”.

It transpired today that Prosecutor-General Ruslan Ryaboshapka may be dismissed, in particular for refusing to sign a suspicion notice for Petro Poroshenko.