What is Super Tuesday?

The US electoral system is quite complex for historical and geographical reasons. Before they elect the president, key US parties hold so-called “primary elections” or primaries. The primaries season stretches for the Democratic and Republican parties for as long as six months as in different states they vote at different times. And Super Tuesday is the key event of this season, when 14 states vote in sync.

Primary elections are held in two formats: primaries and caucuses.

Primaries are actual elections: voters go to the polls where they put a mark on the ballot paper or electronic tablet. They are of varying degrees of openness, which determines the access of competing parties and their voters to the primary elections. 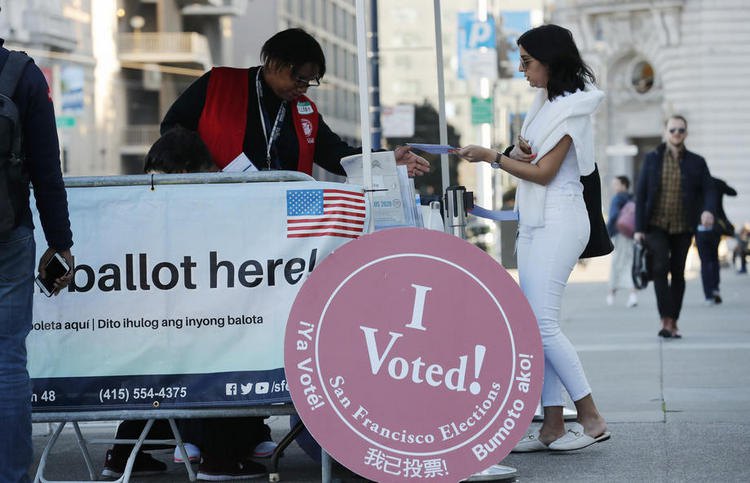 Caucuses are a more traditional and vanishing type of primaries. Unlike the primaries, they take the form of meetings that last several hours and involve an open vote, not a secret one.

During primaries and caucuses voters choose not the candidates but party delegates who support a particular candidate. At the end of the primary elections in all states, parties hold conventions at which delegates vote directly for the candidates.

Electoral systems are also different. The Democratic Party uses a proportional electoral system with a 15% threshold for a constituency. It means that all candidates who scored more than 15% will proportionally divide the number of delegates among themselves. However, some states have several counties, which means that a candidate may score even less to receive a delegate on a statewide basis.

The Republican Party uses this system only in some states. In another part, the Republicans use the “winner gets it all” system close to the presidential election itself. That is, even a relative majority in the state can guarantee someone all state delegates.

The Republican Party primaries are in fact a formality during this race. Incumbent President Donald Trump has over 90% of support in all states. Whereas the struggle for nomination from the Democratic Party in the 2020 campaign is one of the most competitive in recent decades. Moreover, on 3 March, the Democratic Party sorted 1,357 delegates, which is 34% of their total number.

Joe Biden, who was the vice-president under Barack Obama, became the main winner of the race. Biden was considered the most likely candidate from the Democrats even before the start of the active part of the primaries. However, after failures during the first three stages of the primaries and a constant decline in the rating, many felt that he would soon quit the campaign. But Biden surprised everyone and won nine out of 14 states, and, according to preliminary estimates, can expect to have more than half of the delegates. 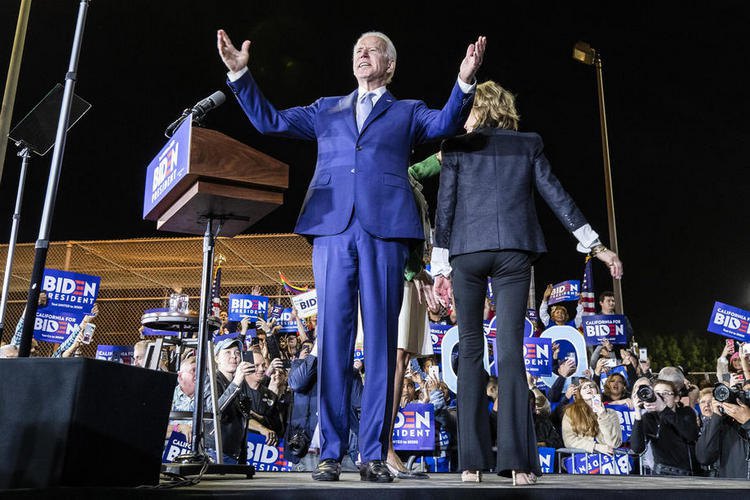 There were many reasons for Biden to return to the race. Among the main ones are his triumphal victory in South Carolina, support from the colored population (which is very important for the southern states), as well as Donald Trump's highest chances of winning.

The departure of Pete Buttigieg and Amy Klobuchar, who shared a moderate electorate with Biden, could also play a decisive role. Moreover, Klobuсhar withdrew and endorsed Biden, which for many Democrats was a signal of unification against Sanders. And even Biden himself admitted that her support had been important for his victories in the northern states. 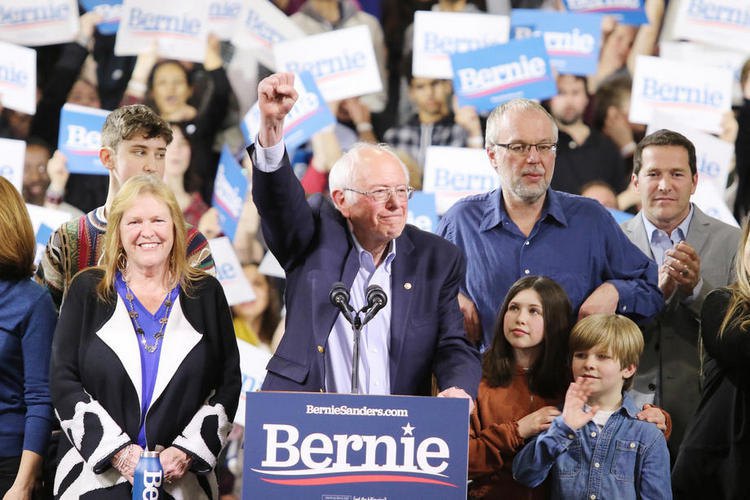 Bernie Sanders is expected to became the second winner of Super Tuesday, having won in four states (legging not far behind Biden by the number of delegates). Sanders managed to maintain his position among reformist voters but after Super Tuesday it is likely that he will lose the lead in national polls.

Elizabeth Warren and Michael Bloomberg became the outsiders of Super Tuesday, having not won a single state and facing modest forecasts on the number of delegates (hardly any of them can claim more than 7% of the delegates drawn today). Such a result was not a surprise for Warren, who, after a successful start, gradually lost her position. But this result was a shock for Bloomberg who has already pumped hundreds of millions into his campaign. People close to the American billionaire argue that Bloomberg may withdraw from the race in favour of Biden soon. 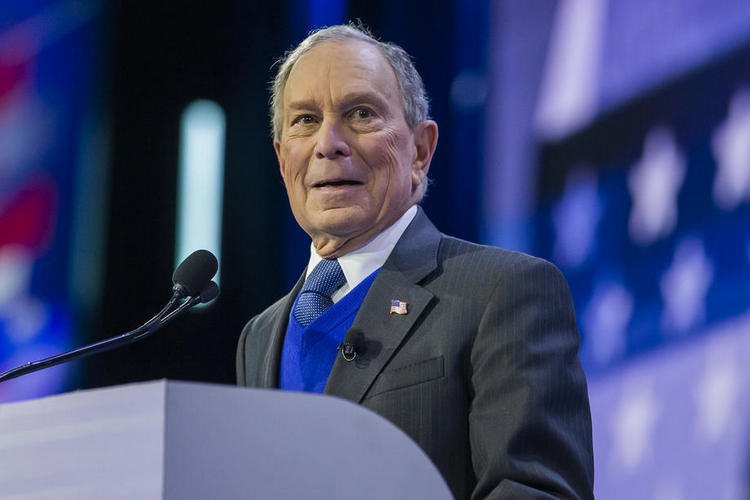 Thus, there are two clear frontrunners among the four contenders. Formally, Tulsi Gabbard is still participating in the race (that is, there are five candidates), however, she received the support of only one delegate and her nationwide support was within the framework of statistical error.

One of the expected results of Super Tuesday is often a “purge” in the ranks of candidates. Primaries are usually held in the format of a snowball - voters tend to like the favorites of the race despite the fact that every nominee still has mathematical chances. In this campaign this means that in the coming days we can expect Warren and even Bloomberg to quit.

However, the candidates can wait a week until next Tuesday. Then the party will distribute 352 more delegates from six states. If outsiders do not improve their standing by then, there is a high probability that the number of candidates may dwindle to two. In other words, the current Super Tuesday is a practically guaranteed ticket for Biden and Sanders to the party convention in July. 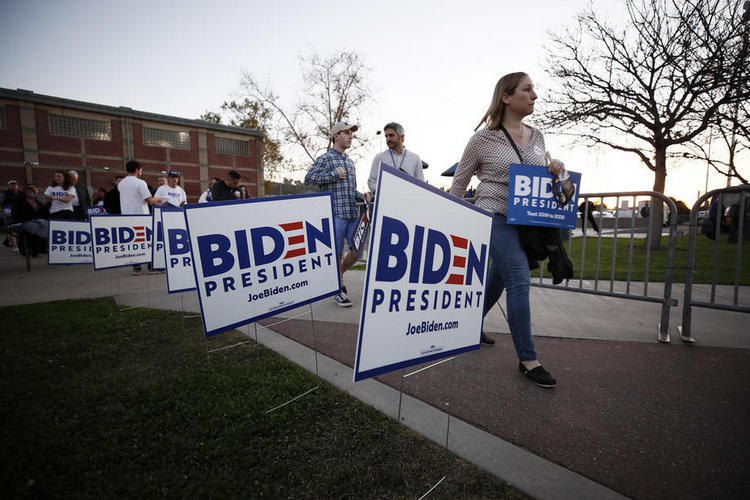 A convention is the final part of the primaries when delegates vote for their candidates. If one of the candidates receives a simple majority of votes (1,991 delegates), he automatically wins the nomination for the presidential election from the party. If not a single candidate can get the majority (which is very likely since some delegates have already been assigned to the outsiders of the race), the runoff is held. During this stage, 771 superdelegates are added to ordinary delegates. These are party leaders, senators, members of Congress, former presidents from the Democratic Party.

In the previous campaigns superdelegates voted as early as in the first round. However, Sanders pushed through a change to the rules after most of the party representatives in 2016 supported Hillary Clinton. The change caused a lot of disputes within the party, and Biden had already stated that he was ready to appeal the change if Sanders won the first round of the convention with fewer votes. And this is not strange because Biden has the greatest chance to get most of the superdelegates’ votes. 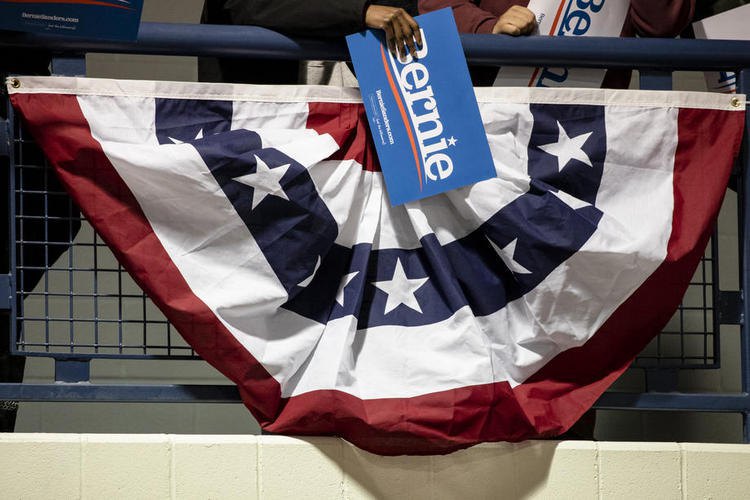