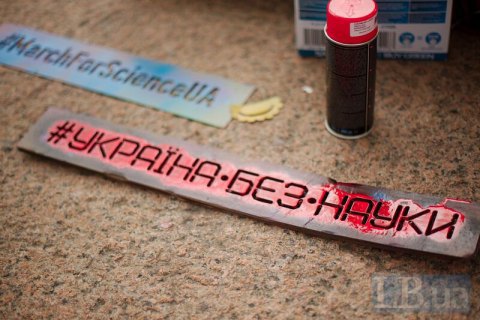 Ukrainian businessman, founder of Renaissance Medico Charity Fund, Vladimir Manukian, believes that it is the national private sector that should drive Ukrainian science and medicine development amid funding shortfall.

In an interview for the Novoye Vremya, Vladimir Manukian noted that the government should outspend at least 0.9% of GDP on science, whilst in Ukraine this figure is 5 times less, and totals about 0.17% of GDP only. In his view, the advancement of science in Ukraine in such circumstances is rather cumbrous, which is why businesses should become the driver for development to ensure Ukraine won’t end up on the fringe of civilised world.

“A mutually beneficial cooperation may be achieved between business and science. It is private businesses that can and should support and promote scientific research given insufficient government funding,” Manukian said.

The whole range of issues in this area were exposed amid the COVID-19 pandemic, he noted.

“At this stage, in the course of pandemic, the necessity of performance improvement in scientific research and development in medicine has become explicit. Hence many investors will focus on this area, which will result in growth of investments. The more investors come to this market, the better chances that sound discoveries are made and new technologies implanted, that still considered as impossible’, - Manukian said.

Businessman claimed not to be afraid to invest in science, medicine and is actively engaged in supporting and promoting advanced development projects.

He informed, that a number of promising researches are being created and implemented in ‘Vostok-N’ manufacturing facility in Kharkiv, for instance a unique implant made of alloys with mineral coating, which minimizes risk of suppuration, a telescopic fixer applied during surgeries on patients diagnosed with ontogenesis, medical equipment for sterilisation of flexible endoscopes, eliminating the possibility of contamination during manipulations etc.