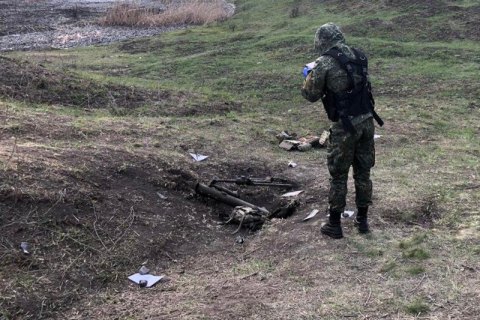 One Ukrainian soldier was killed and eight servicemen who were close to him sustained wounds of various gravity when an 82-mm mortar blew up during a scheduled shooting exercise at a military range in Donetsk Region, the Prosecutor-General's Office and the State Investigation Bureau have reported.

The 24-year-old killed senior soldier was a member of a special operations team.

A criminal case over mishandling of weapons was opened.