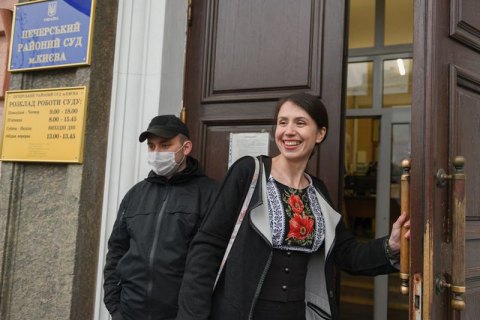 Gale-force winds in the Chornobyl exclusion zone caused smouldering to resume in three places in the second half of 16 April, the State Emergencies Service has said.

According to rescuers, it is not large-scale and carries no risk. Firefighters continue to pour water in some sectors where stumps, wood, fallen dry tree and turf may be smouldering.

There is no threat to the Shelter and Vector facilities of the Chornobyl nuclear power plant.

Some 1,100 people and 120 units of equipment are involved in firefighting efforts.

In the afternoon, there were reports about 500 firefighters working in the area.

The radiation background in Kyiv and the region is within the norm.

A member of the public council at the State Agency for the Management of the Exclusion Zone, Yaroslav Yemelyanenko, said on Facebook that the storm is blowing up smouldering up to open fire in some areas.

A dust storm alert has been issued for Kyiv.