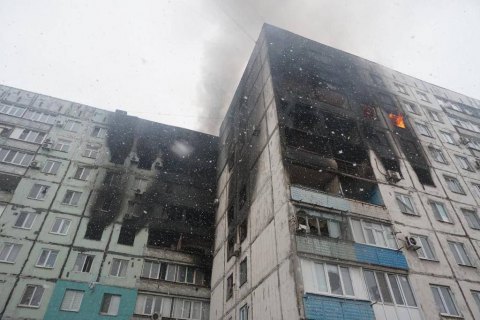 The situation in Mariupol is catastrophic if the humanitarian aid is not delivered in the nearest future, the city will starve, the former deputy head of National Police, Viacheslav Abroskin, said on his Facebook page.

“Information from Mariupol has just arrived. The dead bodies of the locals are lying on the streets. If there is no help, the city will starve. Orks are destroying our city like Stalingrad or Aleppo. The aircraft are constantly bombing. This is hell,” he wrote.

Abroskin also added that the fighting spirit of the military, of all the defenders of Mariupol, is high.

“Russian pilots need to be executed,” he believes.

On March 12, the General Staff reported that Russian occupiers entered the eastern outskirts of Mariupol. The Russian occupiers also shelled the mosque of Sultan Suleiman the Magnificent and his wife Roxolana (Hurrem Sultan).

On March 11, the attempt to evacuate civilians from Mariupol and Volnovakha failed due to Russian ceasefire violations.