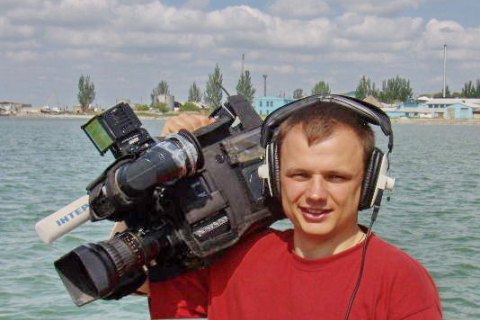 The press service of the Prosecutor General's Office reported that Kherson collaborator blogger Kirill Stremousov, who promotes the "Russian world" and cooperates with the occupiers, has come under suspicion.

"Under the procedural guidance of the Kherson Regional Prosecutor's Office, a Kherson resident was in absentia suspected of treason (Part 1 of Article 111 of the Criminal Code of Ukraine)," the statement says.

According to the investigation, after the full-scale Russian invasion on the territory of Ukraine, the suspect immediately sided with the enemy.

“Having journalistic experience, he deliberately harms Ukraine's information security by posting videos on his own YouTube channel promoting the "Russian world" and justifying the Russian Federation's armed aggression. By his actions, the suspect exerts psychological pressure on the population with an active pro-Ukrainian position to overcome their resistance and occupation," the Prosecutor General's Office said.

Stremousov is a Kherson journalist and director of the Tavriya News news agency. Even before the war, many public activists accused him of separatist sentiment. In the past, he organized "Russian runs" in Kherson, and in 2018 he became famous after an attempt to beat back the deputy of the occupying Yevpatoria City Council Sergei Osminin from the SSU.

In early 2019, the Minister of Internal Affairs Arsen Avakov announced the detention of the head of the Kherson regional organization of the Socialist Party of Ukraine, Kirill Stremousov. He was suspected of hooliganism due to a fight with the use of traumatic weapons and tear gas in the press club of the Novy Den newspaper.

The other day, a video entitled "In Kherson, a pro-Ukrainian activist turned out to be a provocateur" appeared on Stremousov's channel as reported by Media Detector. In the video, the blogger interrogates an alleged Ukrainian activist in Ukrainian, who tells him that all pro-Ukrainian rallies in Kherson, which arose in opposition to Russian aggression, were organized by the Security Service of Ukraine.

Stremousov is conducting the "interrogation" in Ukrainian against the background of the Ukrainian flag to impersonate a representative of the Ukrainian authorities. The interrogated man in the video is Oleksandr Tarasov, a representative of the Independent Media Trade Union of Ukraine. He tells how he has been cooperating with the Security Service of Ukraine for many years and is allegedly organizing rallies supporting Ukraine in Kherson.

Oleksandr Tarasov and Kirill Stremousov are old acquaintances. According to Serhiy Nikitenko, a spokesman for the Kherson Region Institute of Mass Media, Tarasov has positioned himself as a pro-Ukrainian activist. However, he has worked side by side with Stremousov for many years. In comments to the video, people thank Stremousov for telling the "truth" and say that "the SSU is muddying the waters to provoke the Russians to aggression."

Stremousov recently threatened "nonconformists" with Russian prison. He also promised a "census" and punishment for "those who lived on grants" in a video address. He called himself a "Russian" who for many years "suffered" from the "Nazis" and "provocations of the SSU."

On Sunday, 13 March, a collaborating blogger marched in Kherson with a red flag for a rally supporting the occupiers. 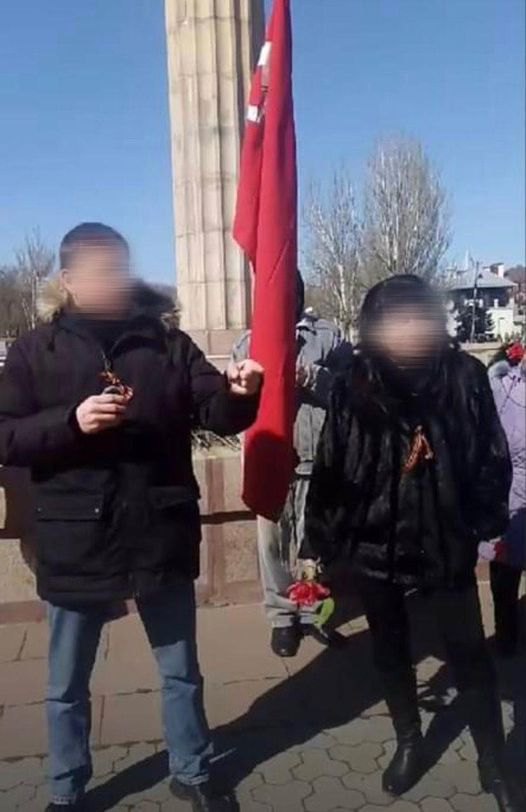 The rally in Kherson in support of Ukraine gathered about 10,000 people. Kherson residents gathered in front of the regional state administration building. Many Ukrainian flags could be seen at the rally. The participants thus expressed their attitude to the idea of proclaiming the "Kherson People's Republic" in the region.

At the rally, in particular, the protesters announced slogans "Go Home while you are alive!", "Kherson is Ukraine!" and others aimed against the occupiers.

An emergency session of the Kherson Regional Council was held on 12 March. 44 deputies supported the appeal that "Kherson region is Ukraine". There will be no pseudo-republic in the region, deputies said.