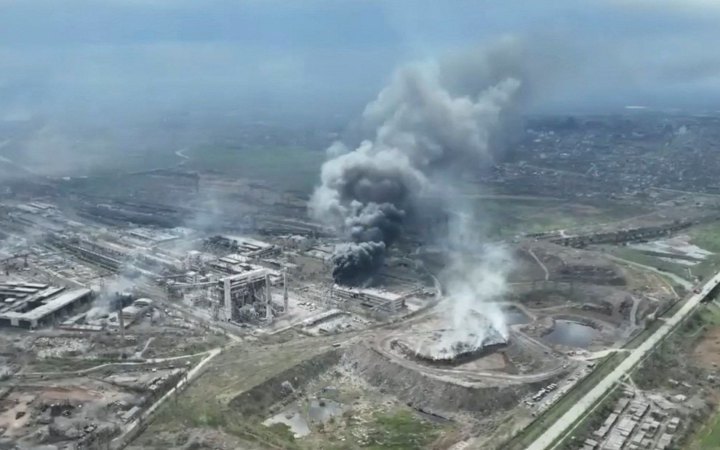 The enemy continues offensive operations in the Eastern Operational Zone in order to establish full control over the territory of Donetsk and Luhansk regions and maintain the land corridor with the temporarily occupied Ukrainian Crimea, - reported by the General Staff of the Armed Forces of Ukraine on Facebook.

At the same time, the enemy is provoking tensions in the Transnistrian region of the Republic of Moldova. They regroup the troops in certain areas, take measures to replenish reserves. Trying to improve the tactical position of their units.

In the Volyn, Polissya and Siversk directions, the enemy did not take active action.

In the Slobozhansky direction, the enemy continues to shell the city of Kharkiv and reconnoiter the positions of the Defense Forces units. To the north of Izyum the enemy continues artillery and mortar shelling. In the Donetsk and Tavriya directions the enemy shelling is fired along the line of contact. The enemy uses operational-tactical and military aircraft to launch missile and bomb strikes in order to restrain the actions of our troops.

Enemy units are trying to conduct offensive operations in the Lyman, Severodonetsk and Popasna directions, without success.

In the Avdiiv and Kurakhiv directions, the enemy continues to shell the positions of the defenders of Ukraine. In the Mariupol area, the russian occupiers are focusing their efforts on blocking and trying to destroy our units in the Azovstal plant area. With the support of aircraft, the enemy resumed the offensive in order to take control of the plant.

According to available information, after being taken to the recovery area some servicemen of the 38th Separate Motorized Rifle Brigade of the 35th Army of the Eastern MilitaryDistrict refused to take part in hostilities in Ukraine due to significant personnel losses. The mentioned servicemen are in the area near the Ukrainian-Russian border and are waiting to be transferred to the russian federation.

Units of militants of the 2nd Army Corps of the 8th Army of the Southern Military district, located in the settlement of Svatove district of Luhansk region, staffed by the locals from nearby settlements, have low moral and psychological condition, significant problems with weapons and defense equipment and are not ready to perform tasks.

The enemy did not conduct active hostilities in the South Bug direction. They fired missiles and bombs at the positions of our troops and the infrastructure of the region. Due to the successful actions of Ukrainian defenders, the enemy lost control over several settlements on the border of Mykolayiv and Kherson regions.

In the previous day, the air defense units of the Air Force and the Land Forces hit nine air targets: four UAVs (two of them - anti-aircraft missile units of the Land Forces) and three cruise missiles of the enemy. Two planes were also hit. Previously - Su-30 fighters. The information is being clarified.

Eleven enemy attacks have been repulsed in Donetsk and Luhansk oblasts over the past 24 hours, five tanks, seven units of armored combat vehicles and five units of enemy vehicles have been destroyed.

António Guterres and asked the UN Secretary General to facilitate the evacuation of the wounded from the Azovstal plant.