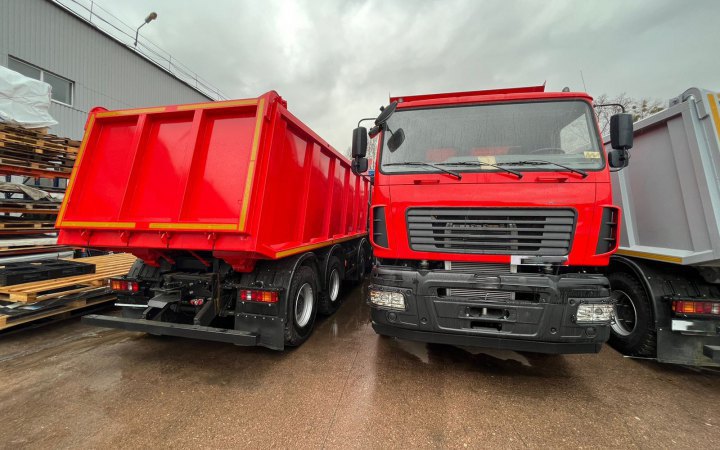 Photo: press service of the Bureau of Economic Security.

The approximate worth of the seized assets of russia and Belarus (among them are cars, inventory, cash, etc.) is about 17bn UAH.

This was reported by the press service of the Bureau of Economic Security (BES).

For example, on 12 May BES officers seized 158 automobiles and special vehicles as the Bureau exposed officials of a range of companies for intentional tax evasion.

"It has been established that in the period between 2021 and 2022, officials of the Ukrainian Foreign Investment Company, which is an importer and official distributor of automobiles and other equipment of the Republic of Belarus, transferred cars by agreement with several dealers," they said in BES.

According to the Bureau, the detainees organized a scheme for partial alienation of vehicles. They signed only the acts of acceptance and transfer and did not reflect the business transactions in tax and accounting. Thus, 47 vehicles worth about 105m UAH were alienated.

"As a result of using such a scheme, entrepreneurs evaded taxes for more than 10m UAH. Within the criminal proceedings, according to the results of authorized searches, a court decision seized 158 automobiles and special vehicles with an estimated value of 220m UAH and Ukrainian accounts," the Bureau stated.

A pre-trial investigation is currently underway.

In April BES found in the Odessa region almost 350 units of equipment owned by russian and Belarusian enterprises.

The same month the Bureau officers exposed the authorities of one of the mining and processing plants of Ukraine in intentional evasion of income tax in the amount of more than 10m UAH.