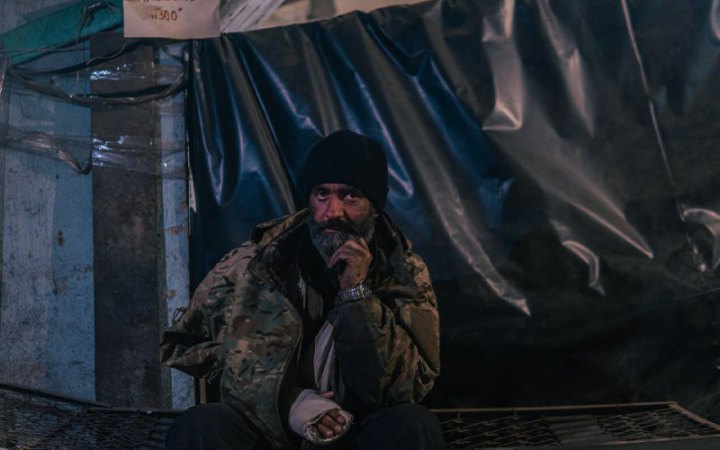 There are many badly wounded defenders on the territory of the Azovstal plant
Photo: Telegram channel of Azov in Mariupol

The Ukrainian World Congress [UWC] calls on the international community and all supporters of Ukraine to save the Ukrainian defenders of Mariupol, - stated in the UWC report.

The Congress emphasizes that the Ukrainian garrison continues fighting the occupiers even after many weeks of siege. Now they are defending their last stronghold in the basement of the Azovstal metallurgical plant.

"For more than 75 days, the bravest Ukrainians have not allowed the enemy to take full control of a previously prosperous seaside city. They are in terrible and inhumane conditions now. Defenders have shared their meager supplies of food, water and medicine with the civilians they protect. The wounded are dying from lack of basic antibiotics and medicines," the statement said.

The invaders continue to inflict air and artillery strikes on the plant day and night. Their infantry broke into the territory of Azovstal, but on May 9 our defenders raised the Ukrainian flag over the steel plant.

In recent weeks, the Ukrainian government has evacuated more than 300 civilian women, children and the elderly from the plant through UN diplomatic efforts. However, the russians will not allow the evacuation of defenders and wounded soldiers. Ukrainian heroes reject the possibility of surrender because russians kill prisoners of war. Surrender means death at the hands of the enemy.

Defenders of Mariupol are appealing to the world for help, calling on Ukraine's allies to conduct an extraction procedure and evacuate them to a third country. This is the only and last possible way to save the lives of Ukrainian heroes.

"Citizens of the world, put pressure on your governments to support the evacuation of the defenders of Mariupol with the participation of many parties," the UWC said.

Deputy Prime Minister - Minister for Reintegration of the temporary occupied territories Iryna Vereshchuk stated that Ukraine is conducting very difficult negotiations on the evacuation of seriously wounded fighters from Azovstal in exchange for captured russians.

The Pope met with the wives of the Azov regiment soldiers. The women asked the pontiff to help rescue soldiers, wounded and civilians in the besieged city.