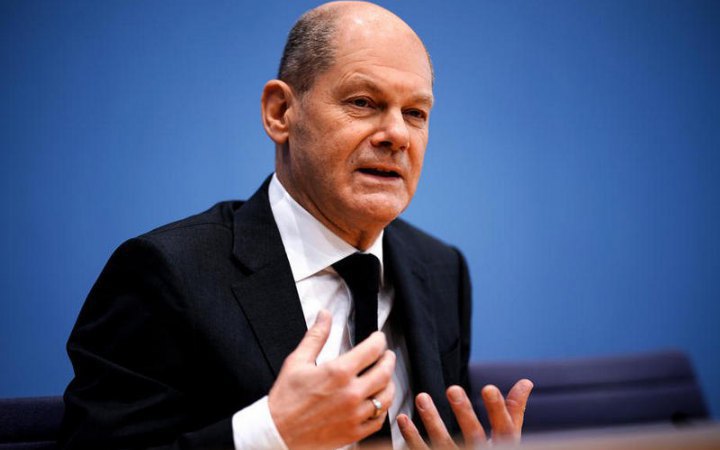 German Chancellor Olaf Scholz called russian president vladimir putin and urged him to end the war in Ukraine as soon as possible, to improve the humanitarian situation, and to make progress in finding a diplomatic solution to the conflict.

He also stressed that there are no nazis in power in Ukraine.

“Three things from today's long telephone conversation with putin: ceasefire in Ukraine must take place as soon as possible. The claim that the nazis rule there is false. And I pointed to russia's responsibility for the global food situation,” Scholz said.

For its part, the kremlin's press service said that in a conversation with Chancellor putin complained that talks between Ukraine and russia were allegedly blocked by Kyiv. He also spoke again about the “protection of Donbas”, trying to justify the war in Ukraine, and also said that the defenders of Mariupol allegedly violated international humanitarian law.

The narratives of “russian peace" and “protection” of the russian-speaking population is often raised in propaganda by russian media. This is also constantly mentioned by russian politicians, including putin, justifying military aggression in Ukraine.

On 1 May, russian foreign minister sergei lavrov gave an interview to the Italian television company Mediasat, in which he tried to justify russia's military aggression against Ukraine. Commenting on the fact that there are many Jews in power in Ukraine, he said that “the fiercest anti-Semites are usually Jews”.

Israeli Foreign Minister Yair Lapid wrote on Twitter that “the russian foreign minister's statement is an outrageous and irreparable, as well as a terrible historical mistake. Jews did not kill themselves during the Holocaust. Accusing Jews of anti-Semitism is the worst form of racism against Jews.”

President Zelenskyy noted that russia “does such things on a daily basis that simply exclude any adequacy.” He asked, “Will the Israeli ambassador stay in Moscow, knowing this is their new position?”