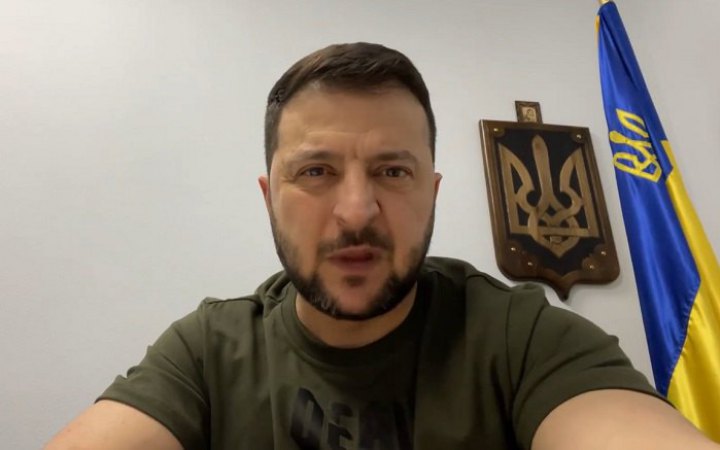 President Volodymyr Zelenskyy reacted to the words of russian Ministry of Foreign Affairs head Serhiy Lavrov who said that "the most ardent anti-Semites are usually Jews".

"The 68th day of our strong defense is coming to an end. The 68th day of the self-destruction of Russia. Self-destruction in every sense of the word. If this country once had what is called a reputation, now Russia does things daily that simply preclude any adequacy," – Zelenskyy said in his evening video address on 2 May.

"How could this be said on the eve of the anniversary of the victory over Nazism? These words mean that Russia's top diplomat is blaming the Jewish people for Nazi crimes. No words," – Zelenskyy said.

"Of course, there is a big scandal in Israel today as regards these words. However, no one hears objections or excuses from Moscow. There is silence. Hence, they agree with what their foreign minister said. After the Russian missile attack at Babyn Yar in Kyiv, after damaging the Menorah by shelling at the site of the mass executions in Drobytsky Yar near Kharkiv, after the deaths of ordinary people who survived the Nazi occupation and Nazi concentration camps from Russian shelling, such an anti-Semitic thrust by their minister means Russia has forgotten all the lessons of World War II," – President added.

He voiced a question: what the reaction to such statements of the russian MFA should be?

He posted on Twitter that "the rf's foreign minister's remarks are both an outrageous and unforgivable statement as well as a terrible historical error. Jews did not murder themselves in the Holocaust. It's the lowest level of racism against Jews is to accuse Jews themselves of antisemitism".