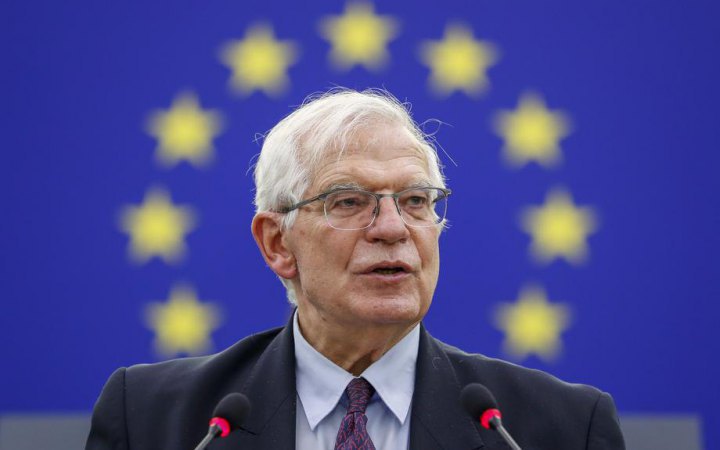 The European Union will provide another 500 million euros worth of military assistance to Ukraine.

This was stated by EU High Representative Josep Borrell before the meeting of G7 foreign ministers, Ukrinform reports citing the EU portal.

"This is the seventh meeting of the G7 since the war in Ukraine started. And I am sure that we will come up with a strong message. The recipe is clear - more the same. I mean, more support for Ukraine, including military support. I will announce that we, the European Union, we will provide a new tranche of 500 more million euros to support the military of Ukraine. It will make about 2bn euros," Borrell said.

He clarified that this additional 500 million euros will be allocated for heavy weapons, including armored vehicles, tanks, heavy artillery, ammunition and all other items needed in the war.

At the same time, according to the EU High Representative, this amount is not enough to supply fighter jets.

Borrell expressed confidence that the G7 ministers would give a new impetus to Ukraine's military support today, increase pressure on Russia by imposing economic sanctions and further strengthening its international isolation.

Special attention will be paid to the fight against Russian disinformation, including the causes of this war, its impact on energy security and food prices around the world.

"A united front of support for Ukraine will be presented. This is going to be, I am sure, the result of this meeting," the EU High Representative stressed.

Earlier Borrell also declared that the EU should consider withdrawal of the frozen foreign exchange reserves of the russian federation in favor of Ukraine.