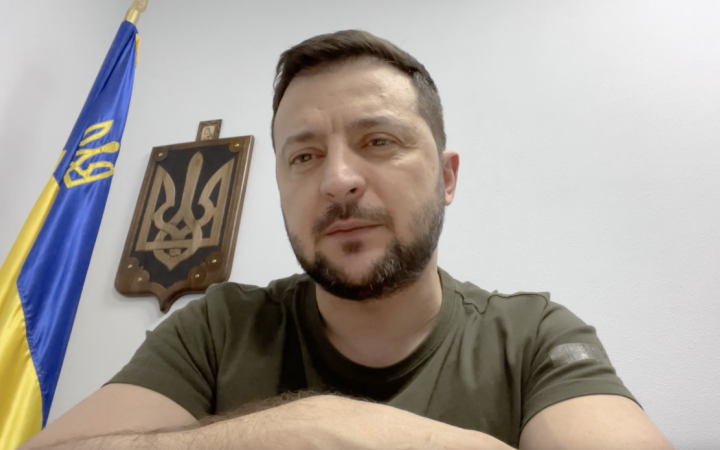 “We are doing everything we can to liberate our land quickly. This is our priority -- to work every day to make the war shorter,” said the President of Ukraine Volodymyr Zelenskyy in his address.

Zelenskyy said that today Ukraine downed 200th russian military aircraft. russia has not lost so many aircraft in any war in decades.

Also, russia has lost almost 27,000 soldiers, many of them young conscripts.

“And why all this? For a monument to Lenin to stand in the temporarily occupied Henichesk for a little longer? There is no other result for Russia and there will not be any,” said Zelenskyy

President Zelenskyy stated that Ukraine’s victory depends not only on us, but on our partners as well.

Zelenskyy expressed gratitude to all those who are working to strengthen sanctions on russia and to increase defense and financial support for Ukraine.

“The world has already recognized that russia's blockade of our ports and this war are provoking a large-scale food crisis. russian officials are also openly threatening the world that there will be famine in dozens of countries. And what could be the consequences of such a famine? What political instability and migration flows will this lead to? How much will you have to spend then to overcome the consequences?” asked Volodymyr Zelenskyy.

President Zelenskyy stated that Ukraine does not stop trying to save all our people from Mariupol and Azovstal.

Currently, very difficult negotiations are underway on the next stage of the evacuation mission - the rescue of the seriously wounded, medics.

Ukrainian authorities have already involved everyone in the world who can be the most influential mediator.

According to President Zelenskyy, currently 37 foreign missions have resumed their work in Kyiv.

Volodymyr Zelenskyy has also signed a decree on awarding state awards to 212 servicemen of the Armed Forces of Ukraine.

President of Ukraine Volodymyr Zelenskyi returned to the Verkhovna Rada with his proposals to finalize the law banning the symbols used by the armed forces of the russian federation in the war against Ukraine.