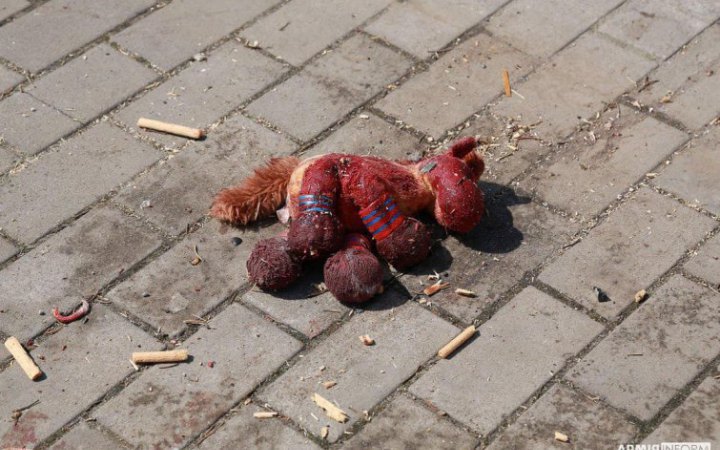 A bloody toy from the Kramatorsk railway station, which has become a sad symbol of russia's crimes
Photo: by Roman Kulyk

As a result of the armed aggression of the russian federation in Ukraine 229 children were killed, more than 424 children were wounded, - reported by the press service of the Office of the Prosecutor General. 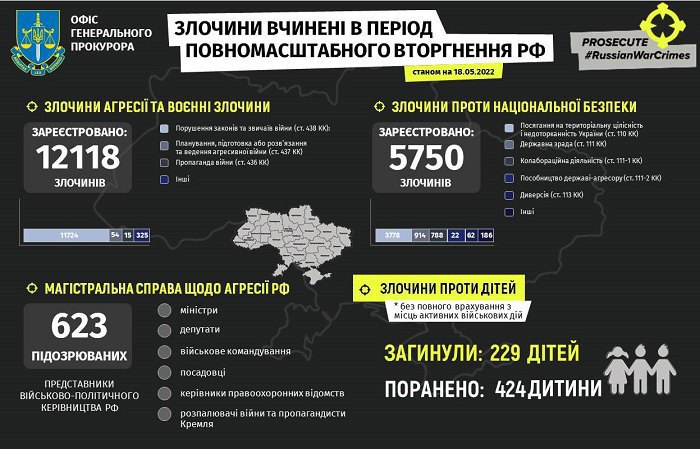 These figures are not final, as work is in progress to establish them in places of active hostilities, in the temporarily occupied and liberated territories.

On May 17, a 9-year-old child was seriously injured as a result of a missile strike by the occupiers on a residential building in the city of Bakhmut, Donetsk region.