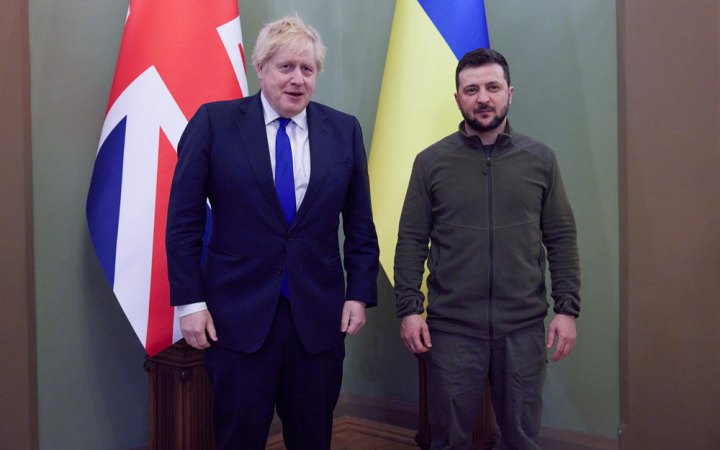 Reaffirmed British solidarity with the Ukrainian people to my friend @ZelenskyyUa this morning, particularly for the brave defenders of Mariupol.

The President and I had a wide ranging discussion ⬇️ 1/4

"I informed him about the course of hostilities and the rescue operation of the military from Azovstal. We discussed defense support, ways to export Ukrainian agricultural products and import fuel to Ukraine," Zelenskiy wrote.

Johnson, in his turn, said that he had informed Zelenskiy about Ukraine's support, including the supply of long-range artillery, shore-to-ship missiles and unmanned aerial vehicles.

The British Prime Minister clarified that all this is part of an additional package of military aid to Ukraine in the amount of £1.3 bn.

"In the morning, I confirmed my British solidarity with the Ukrainian people to my friend Zelenskiy, especially with the brave defenders of Mariupol," he wrote on Twitter.

Earlier Zelenskiy discussed with Johnson questions of defense support of Ukraine, and also joint international legal actions. A statement posted on the British government's website said that the interlocutors discussed developments in Ukraine against the background of russia's military aggression and the needs of the Ukrainian Armed Forces. Also, they discussed the provision of long-range weapons to prevent shelling of civilians.

On May 3, Johnson delivered a video speech in the Verkhovna Rada of Ukraine.