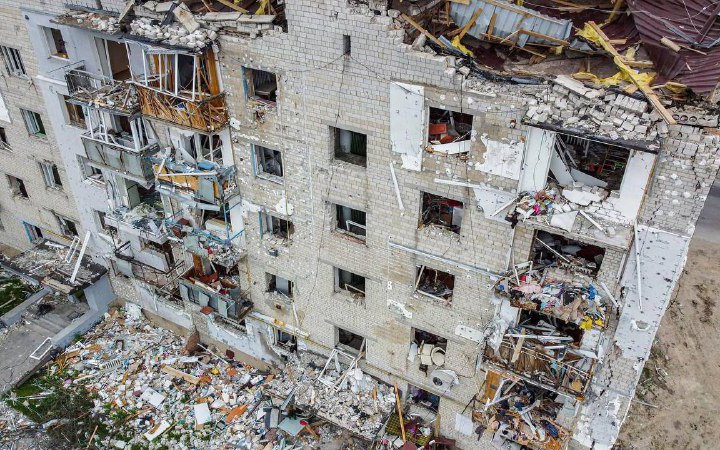 The russian occupiers continue to launch missiles and airstrikes on the objects of military and civilian infrastructure in Ukraine.

The General Staff of the Armed Forces of Ukraine, as of 6 p.m., reported that the situation in the Volyn and Polissia areas remained unchanged. The enemies did not take any active action in the Siversk area; there are no signs of strike grouping formation.

At the same time, the enemies shelled Starykovo and Katerynivka in the Sumy region and Kamianska Slobidka in the Chernihiv region.

In the Slobozhanshchyna area, the enemy keeps reserves for attempts to continue the offensive at the municipalities of Izium, Barvinkove, and Sloviansk.

In the Kharkiv area, the russian army is trying to keep the occupied frontiers and prevent the advance of the Defense Forces units. They continue shelling the positions of Ukrainian troops.

In the Donetsk area, the occupiers are trying to restrain the defenders of Ukraine by violating the logistics support system. The battle to establish complete control over Sievierodonetsk continues.

In the Bakhmut, Kramatorsk, Kostiantynivka, and Lysychansk areas, the enemies launched four missiles using the "Tochka-U" tactical missile system. In addition, russian invaders launched airstrikes on the cities of Sloviansk and Soledar.

"In the Sievierodonetsk area, the enemies used cannon artillery fire and multiple launch rocket systems to attack Sievierodonetsk and Lysychansk. The General Staff reported that the russians conducted airstrikes using Ka-52 helicopters to hit the areas near Hirske, Yakovlivka, Myrna Dolyna, and Su-25 aircraft to hit the area near the municipality of Ustynivka.

In the Donetsk region, the enemies shelled the municipalities of Mykilske, Krasnohorivka, Vesele, and Novoselivka. Su-25 aircraft conducted airstrikes at Novomykhailivka and Mariinka. Airstrikes were inflicted on the village of Kurakhove.

In the Novopavlivsk and Zaporizhzhia areas, the enemies used multiple launch rocket systems to attack the municipalities of Huliaypole, Orikhiv, and Zelenyi Hai. Su-25 aircraft conducted an airstrike on the village of Kamianske.

The situation in the Pivdennyi Buh area has not changed. The russians continue to block civilian shipping in the northwest of the Black Sea. Ukrainian defenders cause russian occupiers losses in all areas where the war actions continue.

"In order to justify the destruction of civilian infrastructure objects on the territory of Ukraine, the russian occupiers continue to spread information that Ukrainian military units stay in schools, hospitals, and churches. We urge you to trust information only from verified sources and not spread russian fakes and misinformation," - emphasized the General Staff of the Armed Forces of Ukraine.

Yesterday, in the Luhansk region, the enemies conducted an assault operation in the industrial zone of Sievierodonetsk. Street combats continue there. At least six multi-storey buildings were damaged in Sievierodonetsk and Lysychansk. The russians damaged eight residential buildings on Hirske, seven in Novoivanivka, and six in Vrubivka. The housing stock in Metolkine suffered destruction.