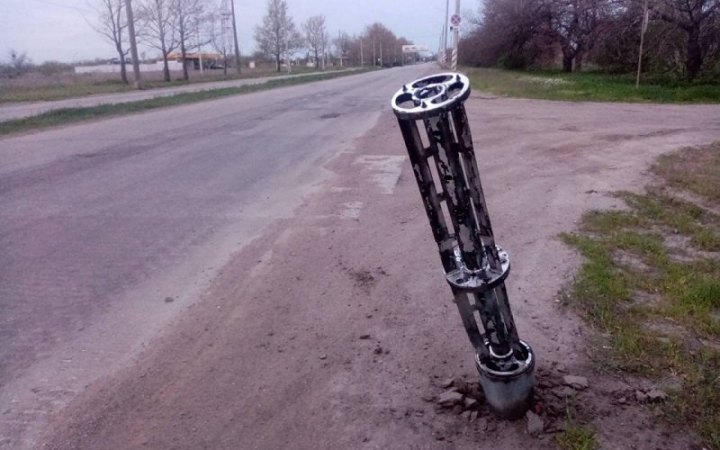 The Ukrainian Armed Forces' General Staff said that russia had sent additional BTGs and units to Ukraine to reinforce its army.

Due to heavy losses, russia is involving more of its medics in dealing with the wounded.

There was an explosion in the village of Chornobayivka in occupied Kherson Region, in which local residents were injured. The explosion took place near the local market in the morning. According to early reports, there were casualties and fatalities whose exact number is unknown.

As a result of today's russian strike on Mykolayiv, five people were tentatively injured. "The missile directly hit an apartment building, penetrating from the fourth to the first floor. Four flats were fully destroyed," the press service of the Operational Command South said in a statement. Out of the five injured, an elderly woman is in the most serious condition.

The National Guard's artillery struck at the enemy's radar station equipment. A drone was used to adjust fire after the electronic warfare point was detected.

The russian occupiers use electronic warfare systems as a powerful asymmetric warfare tool to offset the enemy's technical advantage as a modern army cannot fight without effective communications. Russia spends half a billion dollars annually on such systems.

In a speech to the two chambers of the Czech parliament, President Volodymyr Zelenskyy expressed an opinion that Russia is not only interested in Mariupol, Severodonetsk, Kharkiv, Odesa and Kyiv. It is targeting a huge space: from Warsaw to Sofia, from Prague to Tallinn.

"The Russian invasion of Ukraine is only the first step needed by the Russian leadership to open the way to other countries, to conquer other nations. Not only Russian propagandists, but also Russian state officials openly say so," the Ukrainian president said. The proof of this is Russian threats to officially abolish the recognition of the state independence of the Baltic states.

NATO Secretary-General Jens Stoltenberg said that Zelenskyy is expected to address the summit of NATO leaders in Madrid on 28-30 June.

US Defense Secretary Lloyd Austin called on international partners to step up efforts to help Ukraine defend against a full-scale Russian invasion. He said this at the start of today's meeting of the Ukraine Support Group, Ramstein-3. Austin thanked partners for providing significant assistance to Ukraine following previous meetings in the Ramstein format. At the same time, he stressed that assistance should not be stopped, as he said the stakes were too high. "Ukraine faces a decisive moment on the battlefield," he said.

After the meeting, the Pentagon chief announced that Ukraine would receive military assistance from the USA, as well as other countries.

In particular, Slovakia will transfer Mi attack helicopters and missiles to Ukraine.

The US Embassy has announced the number of weapons provided to Ukraine since the start of the large-scale Russian invasion.

In nearly four months of the war, US President Joe Biden announced 11 tranches of military support for Ukraine worth about $4.6 billion.

The Ukrainian Defence Ministry has explained what agencies relatives and friends should contact if a serviceman or civilian is missing. The ministry said that the Ministry for Reintegration of the Temporarily Occupied Territories of Ukraine was dealing with this issue. The ministry has set up the Office of the Commissioner for Missing Persons in Special Circumstances for this.

The law which exempts students and teachers of vocational schools from military service during mobilization has come into force in Ukraine.

In Poltava, a platoon commander of the "people's militia of the DPR" was sentenced to 15 years in prison, while three more of his subordinates received the same sentences. "At the end of February this year, the men joined the so-called people's militia of the self-proclaimed Donetsk People's Republic and served in the same platoon as platoon commander, grenade launcher, assistant grenade launcher and sniper. They were issued camouflage uniforms of the russian armed forces and arms," the prosecutor's office said. As part of the illegal armed formation, the occupiers came to the territory of Sumy Region, where they carried out the orders of the russian commanders and also robbed an enterprise and the home of a local resident.

On 15 June, the Lviv Eighth Court of Appeal banned the Socialist Party of Ukraine, which had existed since 1991. According to the Justice Ministry's definition, the party is pro-Russian. Furthermore, the last three leaders of the political force, including notorious MP Illya Kyva, had made anti-state statements. According to law enforcers, although Kyva has not formally led the party since 2019, he still retained influence over it.

Voting on the design of the Ukrainian postal service Ukrposhta's new, third, military stamp - "Good evening, we are from Ukraine" - has ended in the government e-services app Diia. The majority of poll participants voted for the "Tractor pulling a tank" design.

Let’s hold on and bring the victory closer!