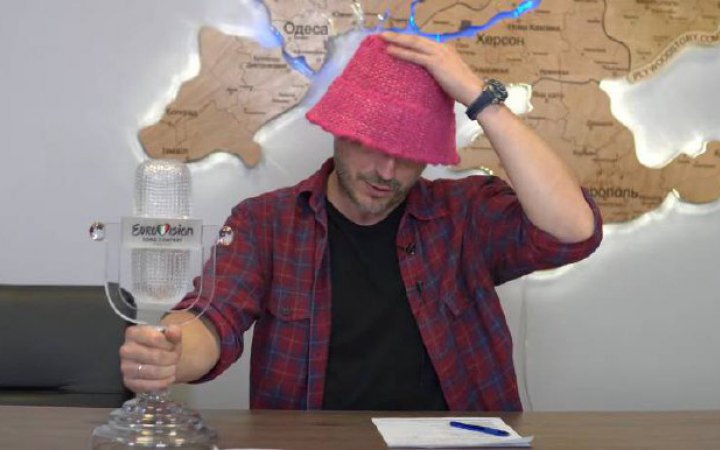 The General Staff of the Ukrainian Armed Forces reports that russia has losi 33 150 troops in Ukraine as of 17 June.

Read our news story for more details on the enemy's general losses.

The General Staff also reports that in the Kharkiv direction, russian occupiers used reconnaissance and sabotage groups to reveal weaknesses in Ukrainian defense in the areas of Dementiyivka, Rubizhne, and Pyatykhatky.

Our forces detected the enemy and inflicted losses on them, forcing them to retreat. The occupiers’ numerous attempts of reconnaissance by fighting and assaults also failed. On the situation in the rest of the directions – in the news piece.

Russians haven't yet given up on crossing Siverskyy Donets and are gaining strength in the Sievierodonets direction, the Ministry of Defense of Ukraine spokesperson Oleksandr Motuzyanyk stated.

The situation remains difficult, but in general under the control of the defense forces. There's still the risk of missile attacks all over the country. Russia also continues terrorizing the inhabitants of the temporarily occupied territories.

The Ukrainian military published the video of a missile hitting the enemy tugboat "Vasiliy Bekh" that was trying to deliver equipment and new occupiers to the Zmiyinyy [Serpent – tr.] island.

The footage shows the missile precisely hitting the ship after which it blows up, and… that's it.

The Ukrainian Armed Forces of Ukraine shot down a russian reconnaissance unmanned aerial vehicle "Merlin-VR", not officially adopted by the russian army.

The experimental "Merlin-VR" drone was publicly demonstrated only last September.

On the morning of 17 June, russian forces shelled the industrial zone in Pervomaysk of the Kharkiv region.

"A missile hit the territory of the industrial zone of the Pervomaysk city. Some critical infrastructure was destroyed. The shards of broken windows wounded a civilian," – the Pervomaysk's mayor Mykola Baksheiev wrote on Telegram.

It's impossible to get out of the Sievierodonetsk's "Azot" chemical plant territory because of the danger caused by constant shellings and fighting.

There are currently 568 people in the shelter, 38 children among them, the Luhansk Regional Military Administration head Serhiy Haidai reported.

According to him, those people refused the offer to evacuate last month.

Also, Haidai stated that despite the occupiers’ attempts to capture Sievierodonetsk the city is not blocked and communication with it is being maintained.

The European Commission's President Ursula von der Leyen announced the decision. "Ukraine has clearly shown commitment to live up to European values," – she said, mentioning the eighth years-long war as well. Our state has to take some reform steps to get even closer to the EU, but, according to Ursula von der Leyen, Ukraine deserved the European perspective.

The Prime Minister of Great Britain Boris Johnson has again – and again unannounced – arrived in Kyiv.

Boris Johnson and Volodymyr Zelenskyy discussed the situation at the frontline, heavy weapons supply, providing air defense for Ukraine, the results of the "Ramstein-3" meeting, and other urgent issues.

Great Britain's Prime Minister Boris Johnson stated that his country is ready to keep providing Ukraine with weapons and train troops to use these weapons.

President Volodymyr Zelenskyy wrote on Telegram that he offered the cabinet to work on revising the regime of russian citizens' entrance to Ukraine within countering unprecedented threats to the national security, sovereignty, and territorial integrity of our state.

While addressing the participants of the Prespa Forum Dialogue, Volodymyr Zelenskyy stated that Europe should cut ties with the aggressor country russia.

"Any serious discussion of the security architecture in Europe must be based on the need to free Europe from the chains of dependence that the russian state has been creating for decades… That is why such sanctions are needed for the anti-European policy of russia so that they will forever remember the price, including the food crisis. The one who creates artificial famine must become a global outcast and suffer painful losses," – Zelenskyy said.

He also noted that this should be considered during the preparation of the EU's seventh sanctions package, and stressed the necessity of Europe's full energy independence.

In his evening address, the President of Ukraine reported the liberation of the Ukrainian paramedic and volunteer Yulia Paevska (Taira) from the russian captivity.

"I am grateful to everyone who worked for this result. "Tayra" is already home," – the head of state said, promising to "keep working to liberate everyone".

The volunteer and paramedic Yulia Paevska was captured on 16 March in Mariupol. Occupiers also took her driver Serhiy.

As of 16 June, spring crop sowing is completed in Ukraine. In general, 95% of the area projected has been sown which amounts to 13,4m hectares.

Maxar provided images made in May of two russian dry cargo in the occupied Sevastopol's seaport which were being loaded by grain. In several days, the same ships reach Syria to unload. One more image of grain loading in Sevastopol was made in June.

On 17 June, the Eighth Appeal Court of Lviv banned the "Left Forces Union" party previously headed by a former member of the Parliament Vasyl Volha.

"Left Forces Union" was founded in 2007. Ex-MP Vasyl Volha had been the leader of the political force since its foundation. In 2019 he was replaced by Maksym Holdarb who was elected to the parliament 2019 as a majoritarian representative of the currently banned party "Opposition block".

On the eve of the full-scale russian invasion, the party's leader Holdarb demanded of the US and Great Britain leadership to compensate for the losses caused to our economy by the war panic they inspired.

The European Broadcasting Union (EBU) "with sadness and disappointment" decided that Eurovision in 2023 will take place not in Ukraine but in Great Britain which ranked second in the contest this year.

Ukraine did not agree with this decision.

"We have honestly won Eurovision-2022 and so far fulfilled all the conditions within the specified time for the approval process of its hosting in Ukraine – provided answers and guarantees on safety standards and possible venues for the competition," – reads the statement of the Minister of Culture and Information Policy Oleksandr Tkachenko, the NPBU board chairman Mykola Chernotytskyy, the Eurovision 2004 and 2022 winners – Ruslana Lyzhychko and Oleh Psiuk (Kalush band).

The statement authors insist on additional negotiations on hosting Eurovision-2023 in Ukraine.

The ceremony of special cancellation of a new postage stamp "Zatonuv chy Vtopyvsya" ["Sank or drowned" – tr.] that Ukrposhta issued by a limited edition.

"We have quite a lot of international partners. During the meetings, we see how important the question of helping Ukraine is for them. Some of them support our military and donate ammunition and equipment, others provide humanitarian aid for evacuated families here, in the Lviv region. This stamp is a little souvenir in the memory of their support. If there's a need, we'll consider additional issuing of this post stamp," – the First Deputy Head of the Lviv Regional Military Administration Andriy Hodyk noted.

The third-year student of the National Academy of Visual Arts and Architecture Oleksandra Kuzmenko designed the post stamp.