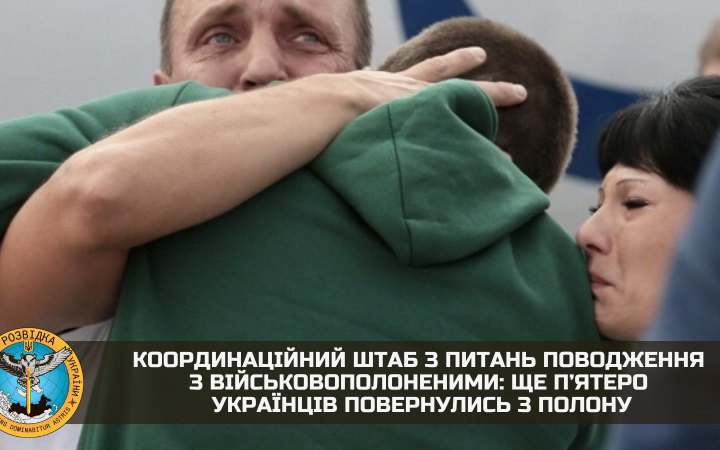 Photo: Main Intelligence Directorate of the Ministry of Defense of Ukraine

On June 18, the Coordination Headquarters for the Treatment of Prisoners of War held another exchange on a 5 to 5 formula, reported the Main Intelligence Directorate of the Ministry of Defense of Ukraine.

According to the intelligence, five Ukrainians were returned, all of them civilians.

"The occupiers took four civilians prisoner during the fighting in Kyiv region. Three of them were captured during the occupation of Gostomel. The body of one of the dead defenders of Ukraine was also returned," the MID said.

The intelligence stressed that the work of the Coordination Headquarters on the return of all captured Ukrainians continues.

On June 17, President Volodymyr Zelenskyy reported that the volunteer paramedic, Yulia Payevska, was released from the russian captivity.

The other day, in the Zaporizhzhia region, was held another exchange of bodies of fallen soldiers. Bodies of 64 defenders of Azovstal were returned to Ukraine.