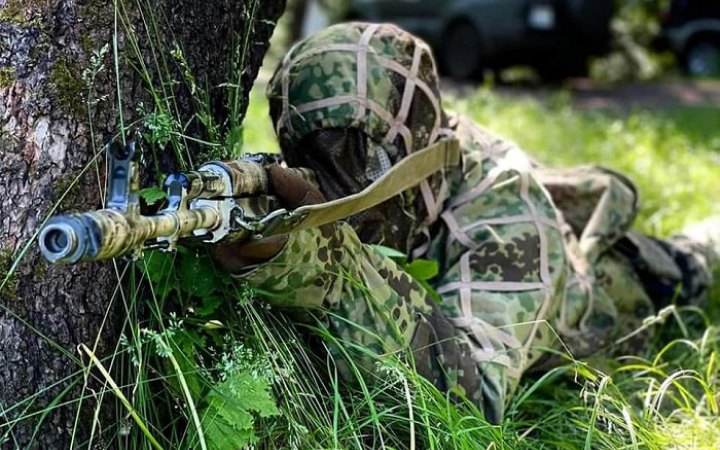 During the past 24hrs, the Armed Forces of Ukraine destroyed at least 30 units of various equipment and weapons of the enemy. The explosions of the occupiers' ammunition depots continue. There is an increase in the number of desertions of the russian military.

This was reported by the General Staff of the Armed Forces of Ukraine at the beginning of the 115th day of the heroic opposition of Ukrainians to the russian military invasion.

There were no significant changes in the Volyn, Polissya and Siversky directions.

In the Kharkiv direction, the enemy is trying to prevent the Defense Forces from entering the state border of Ukraine and the rear of the russian group of troops operating in the Slovyansk direction. In order to restore supply routes through railway overpasses, the enemy plans to lay additional railway branches. The russian invaders fired on civilian infrastructure in the areas of Kozacha Lopan, Petrovka, Korobochkine and Pryshib.

In the Slovyansk direction, the main efforts of the enemy continue to focus on the offensive in the direction of the city of Slavyansk, the fighting continues. The aggressor carried out systematic artillery shelling in the areas of the settlements of Dibrivne, Dolyna, Krasnopillya, Hrushuvakha, and Adamivka. In the area of the settlement of Krasnopillya the enemy tried to resume assault operations, fights proceed.

In the Donetsk direction, the enemy continues to focus its efforts on Severodonetsk and Bakhmut.

The enemy did not take active action in the Lyman direction. Fired artillery at the Sydorov and Mayakiv districts.

In the Severodonetsk direction, the enemy continues to fire from artillery and rocket-propelled grenade launchers at the positions of our troops and civilian infrastructure near Lysychansk, Metolkino, Ustynivka and Voronovo. Fighting continues for the city of Severodonetsk. In order to improve the tactical situation, enemy units tried to carry out assault operations outside the city, but were unsuccessful.

In the Bakhmut direction, in addition to our positions, the enemy fired artillery of various calibers at the civilian infrastructure in the areas of the settlements of Zolote, Spirne, Berestove, Soledar, Klinove, and Troitske. Not far from Gorsky, Berestovo and Kodema, Ukrainian troops once again inflicted losses on the enemy. After unsuccessful assaults, the invaders withdrew. As a result of the fire damage by the Defence Forces of Ukraine, units of the 11th separate motorized rifle regiment of the 1st army corps suffered significant losses and were withdrawn from the area of combat operations to restore combat capability.

In the Avdiivsky, Kurakhivsky, Novopavlovsky and Zaporizhzhya directions, the enemy did not take active action. They fired on civilian infrastructure from barrel and jet artillery in the areas of the settlements of Kamyanka, Avdiivka, Opytne, Volodymyrivka, Novosilka and Shcherbaky.

In the South Bug direction, in order to deter our troops, the enemy fired artillery, mortars and rocket-propelled grenades at the settlements of Shiroke, Blagodatne, Shevchenkove, Pribuzke and Topolyne. At the same time, the enemy is trying to improve the engineering equipment of the advanced positions and mine dangerous areas along the Ingulets River.