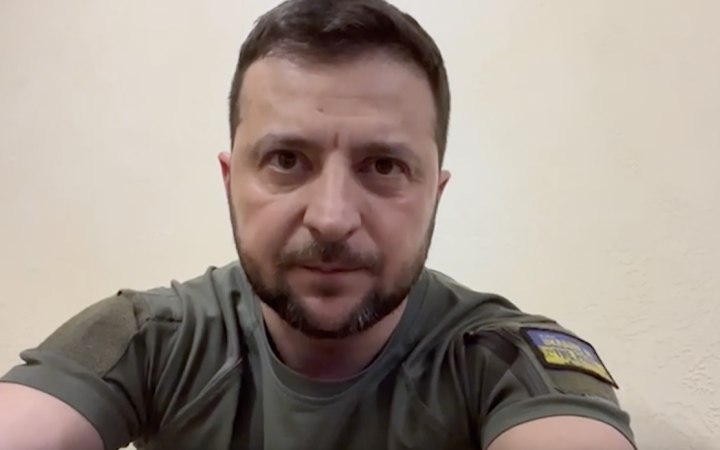 President Volodymyr Zelenskyy addressed a meeting of the Bureau of the Assembly of the African Union, reported the presidential press service.

Zelensky stressed that to avoid the threat of famine, russia's efforts to return to the aggressive policy of colonialism must stop.

He noted that Africa is actually taken hostage by russia, which blocks the export of Ukrainian food.

"This war may seem very distant to you and your countries. But catastrophically rising food prices have already brought it home to millions of African families. As well as to many families in Asia, Europe, Latin America. The unjust and provoked by the russian war level of food prices is painfully felt on all continents. Unfortunately, this can become a particular problem for your countries," stressed Zelenskyy.

The President recalled that the crisis began after russia's full-scale military invasion of Ukraine when the Russian navy blocked Ukrainian ports on the Black and Azov Seas.

"The sea route is the main one for the agrarian sector of our state. And Ukrainian agricultural exports are one of the foundations of the stability of the global food market. Ukraine is one of the main suppliers of wheat, sunflower oil and corn. According to expert estimates, the lives of about four hundred million people in different countries of the world depend on the export of our food. And if it was not for the Russian war against Ukraine, there simply would be no shortage in the food market. If it was not for the Russian war, our farmers and agricultural companies could have ensured record harvests this year. If it was not for the Russian war, people in Africa, people in Asia and anywhere else in the world would not suffer from the catastrophic rise in food prices. There simply would not be such a catastrophic rise in prices," said the President.

Zelenskyy said that Ukraine is now trying to build a new supply logistics. We are establishing exports by rail and through the ports of neighboring countries, so that last year's harvest and this year's harvest could reach consumers.

The President stressed that Africa's voice in the UN Security Council "was not fully heard." Therefore, he called for a global conference on UN reform and transformation after this war and Ukraine's victory. Zelenskyy also announced that he would appoint a special representative of Ukraine for Africa shortly.

In addition, the first regional tour of the Minister of Foreign Affairs of Ukraine in sub-Saharan Africa in our country's history is being prepared.

"We must free our people from the threats artificially created for us by any states that simply want to conquer us, use our resources and our land. And our number one task now is to finally get rid of the threat of famine. In the XXI century, such a threat simply cannot exist - thanks to Ukraine, thanks to our agricultural sector. We cover any deficits, we produce everything so that there is enough food for each of your countries, all consumers with whom we work. If it wasn't for the russian war, you would be in a completely different position now - completely safe. That is why, in order to avoid famine, the efforts of states like Russia to return to the aggressive policy of colonialism must end.

The time of empires is over! People have the right to just live, just live and have everything for life," the President added.

In addition to blocking Ukrainian ports, making it impossible for exports, the Kremlin is trying to sell grain stolen in Ukraine to drought-stricken African countries.