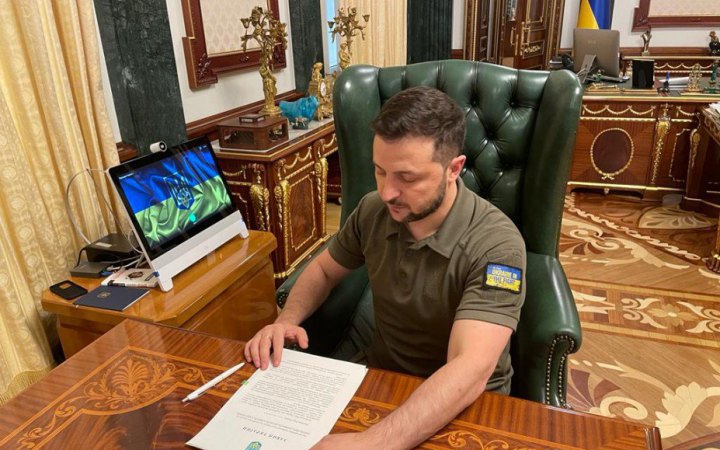 President Volodymyr Zelensky has signed the Law of Ukraine "On ratification of the Council of Europe Convention on preventing and combating violence against women and domestic violence".

The presidential office said that the Convention aims to "protect women from violence, prevent, prosecute and eliminate violence against women and domestic violence which is also committed against men and children (boys and girls). It is by far the most comprehensive international agreement in this field used as a framework of action by many countries in Europe and beyond".

Ratification of the document should strengthen the legal protection of victims and ensure their access to justice, as well as provide an opportunity to protect Ukrainian citizens who have suffered violence in Ukraine as well as abroad.

According to the law, no ideology in Ukraine is recognized by the state as mandatory and must be enforced.

MPs ratified the Istanbul Convention yesterday for Ukraine to be eligible for EU candidate status.

Earlier, the All-Ukrainian Council of Churches and Religious Organizations urged parliament to revoke the bill because it introduces the concept of "gender" as an "ideological concept of a person's self-identification".