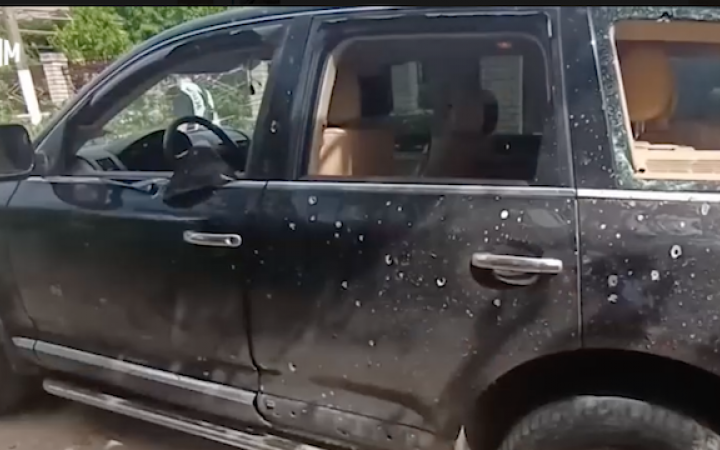 A car of Yuriy Turulyov, who was put in charge of the village of Chornobayivka in Kherson Regiokn after it was occupied by russia, has been blown up, a local councillor and adviser to the head of the Kherson regional military administration, Serhiy Khlan, has told an Ukrinform correspondent.

"The car was blown up but the collaborator emerged unscathed," Khlan said.

Turulyov is a former director of a local bus depot. In early June, the Security Service of Ukraine declared him a suspect in the case of collaboration with the occupying authorities. According to investigators, he has been persecuting pro-Ukrainian local residents and illegally managed the community's property.