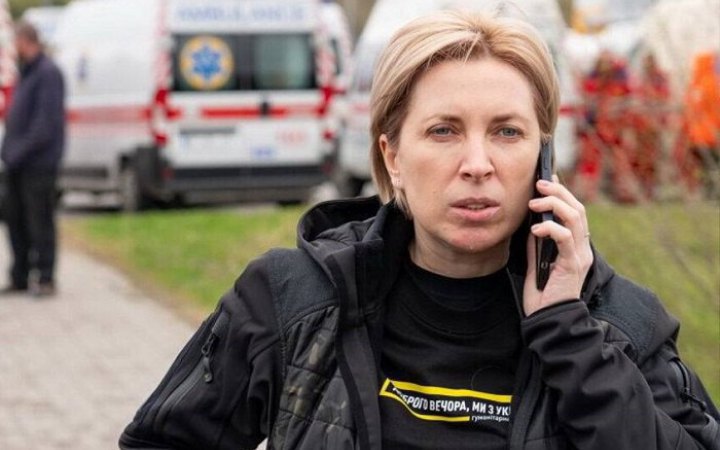 Deputy Prime Minister and Minister for Reintegration of the Temporarily Occupied Territories Iryna Vereshchuk has said that Russia has forcibly deported 1,200,000 Ukrainian citizens to its territory.

"I have a figure of how many people have been deported in total (Ukrainians to Russia - ed.), and it is slightly different from the one provided by the Russian side. But you understand that the Russian side never tells the truth... They talk about almost 2 million people. Our intelligence data show that it is approximately 1,200,000 people," she said at a briefing at the national media centre.

On 19 June, the Ukrainian parliament condemned Russia over the abduction and forcible transfer of Ukrainian children to its territory.

According to open sources, over 234,000 Ukrainian children have been forcibly transferred to Russia, separatist-controlled territories in Donbas and Belarus, while almost 460 children from Mariupol and Volnovakha districts are being kept in Rostov Region, where attempts are being made to turn them into Russian citizens.