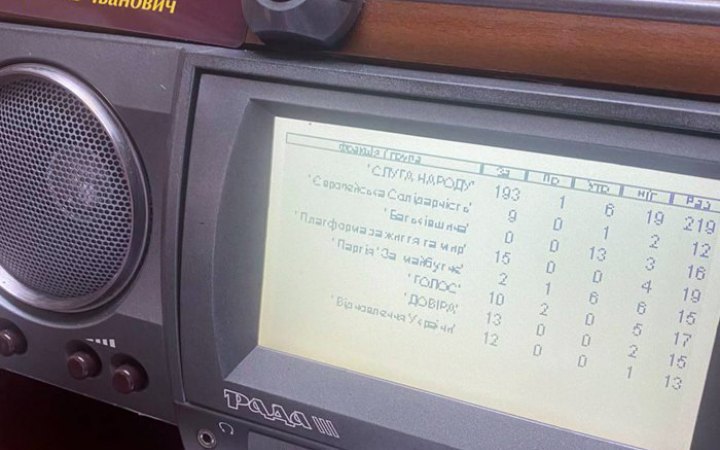 On 20 June, the Ukrainian parliament passed the law ratifying the Council of Europe Convention on preventing and combating violence against women and domestic violence, better known as the Istanbul Convention.

There were 259 MPs who supported its ratification and eight who voted against, according to Voice faction MP Yaroslav Zheleznyak.

The president's Servant of the People gave 193 votes, European Solidarity, 9, Fatherland, 0, the Platform for Life and Peace, 15, the For the Future group, 2, the Voice faction, 10, the Trust group, 13, the Reconstruction of Ukraine group, 12, and non-affiliated MPs, 5.

The bill was sponsored and submitted to parliament by President Volodymyr Zelenskyy on 18 June 2022.

It should be noted that the requirement to ratify the Istanbul Convention has been voiced non-publicly by some EU member states as a prerequisite for approval of Ukraine's EU candidate status.

Ukraine signed the Istanbul Convention back in 2011, but has not ratified it due to opposition from church and some politicians to the use of the term "gender.

According to LB's sources in Servant of the People, discussions on the adoption of the law also continued on the eve of the vote.

"Both the Ukrainian Orthodox Church of the Moscow Patriarchate, the Orthodox Church of Ukraine and the Ukrainian Greek Catholic Church oppose its ratification. Many MPs are afraid that by doing so they will simply lose grassroot support. But the president demands that we vote. Otherwise, he will dissolve us and will do the right thing. The faction will give 200-205 votes. We will get more votes from groups," one MP predicted.

Another MP said that the faction held a meeting on Sunday, where speaker Ruslan Stefanchuk and Prime Minister Denys Shmyhal "personally asked MPs to vote for the convention, as it is necessary for receiving EU candidate status. Although there are many within the faction who disagree. I personally am a very religious person and this goes against my beliefs and my voters in Lviv simply would not understand such a thing," one of Servant of the People MPs from a first-past-the-post constituency explained.

The explanatory note says that "the implementation of the act will have an impact on the interests of the State of Ukraine in terms of fulfilling international obligations in the sphere of human rights and fundamental freedoms and on the interests of victims of domestic violence and gender-based violence in terms of providing guarantees of protection of their rights and providing assistance to them".

The Istanbul Convention or the Council of Europe Convention on preventing and combating violence against women and domestic violence is an international agreement first signed in 2011.

It is the first such instrument legally binding states to establish a legal framework to combat violence against women. Countries joining the convention must criminalise psychological violence, stalking, physical and sexual violence, forced marriage, forced abortion and sterilisation.