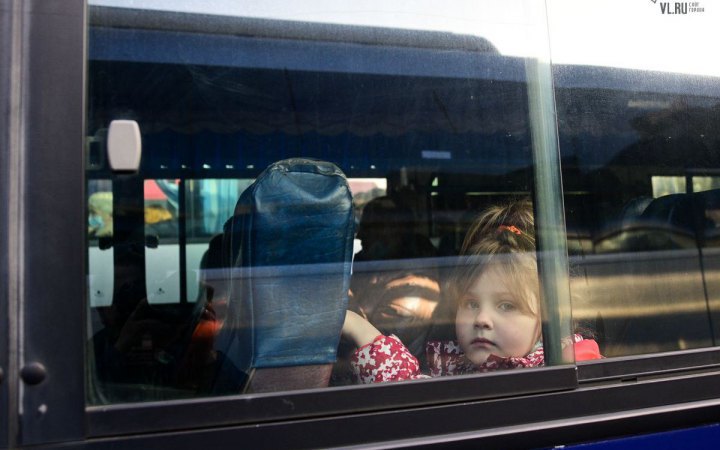 On 19 June, Ukraine's parliament, the Verkhovna Rada, passed the resolution stating its appeal to the UN Committee on Human Rights, the UN Committee on the Rights of the Child, the International Court of Justice in The Hague, the UN High Commissioner for Refugees regarding violations of international treaties and conventions by the Russian Federation and the inadmissibility of transferring children, who are Ukrainian citizens who were kidnapped and forcibly removed to the aggressor state, other countries or within the occupied territories of Ukraine, to Russian citizens.

The resolution was backed by 309 MPs, an Lb.ua parliament correspondent reported.

The authors of the resolution note that millions of Ukrainian citizens, including over 4 million children, were forced to flee dangerous regions and become internally displaced persons or cross Ukrainian borders to save their lives and the lives of their loved ones.

"But the greatest concern today is the situation regarding the forced deportation of Ukrainian citizens, including children, to the territory of the aggressor state. The Geneva Convention for the Protection of Civilian Persons in Time of War of 1949 says that individual or mass forcible transfers, as well as deportations of protected persons [including children] from occupied territory to the territory of the occupying power or to that of any other country, occupied or not, are prohibited, regardless of their motive," the resolution reads.

Nevertheless, disregarding all norms of international law, the Russian Federation has forcibly deported millions of Ukrainian citizens to its territory, including children, among them orphans and children deprived of parental care.

"In such circumstances, the Verkhovna Rada of Ukraine appeals to the UN Human Rights Committee, the UN Committee on the Rights of the Child, the International Court of Justice in The Hague, the UN High Commissioner for Refugees to urgently take decisive steps to protect and bring back children citizens of Ukraine.

These measures "will contribute to the consolidation of peaceful international legal efforts to prevent the transfer of children - citizens of Ukraine, kidnapped and forcibly removed to the aggressor state, other countries or within the occupied territories of Ukraine", the MPs said.

According to open-source information, over 234,000 Ukrainian children have been forcibly removed to Russia, separatist-controlled areas of Donetsk and Luhansk regions and Belarus, while almost 460 children from Mariupol and Volnovakha districts are being kept in Russia's Rostov Region where they are trying to turn them into Russian citizens.

Ukraine wants to create a unified register of children missing, including those forcibly deported.

Lithuania recognized the removal of Ukrainians to Russia as deportation of the Ukrainian people and called on other states to hold Russia accountable for these crimes.