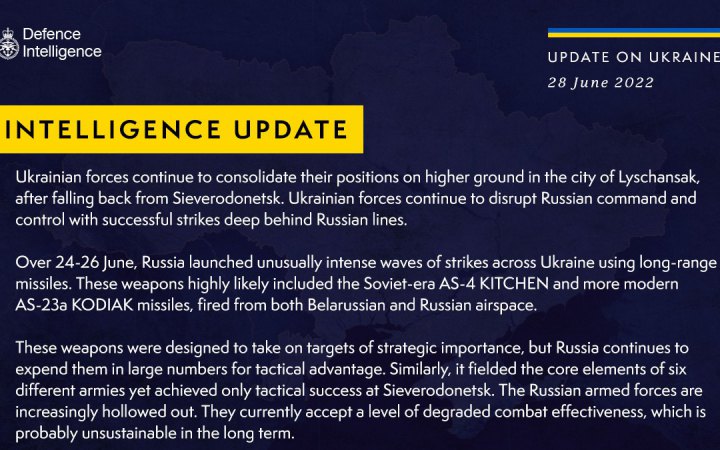 The Russian armed forces are increasingly hollowed out after the battle for Severodonetsk, the Ukrainian Defence Ministry said in the Latest Defence Intelligence update on the situation in Ukraine on 28 June.

"It fielded the core elements of six different armies yet achieved only tactical success at Sieverodonetsk. They currently accept a level of degraded combat effectiveness, which is probably unsustainable in the long term," it said.

These weapons were designed to take on targets of strategic importance, but Russia continues to expend them in large numbers for tactical advantage.