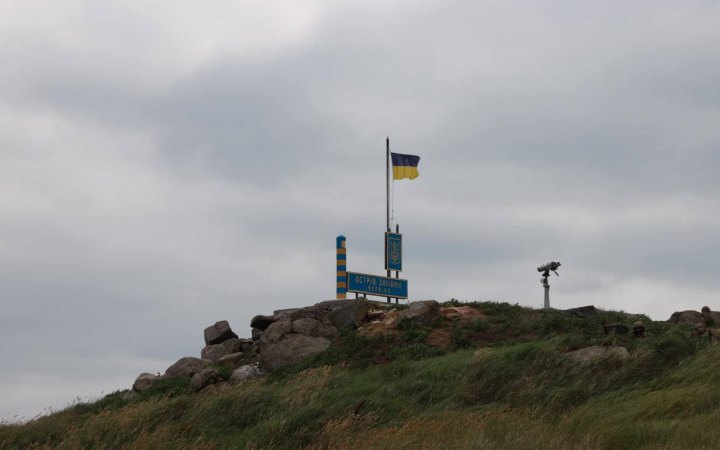 A special operation to liberate Snake (Zmiyinyy) Island has been successfully completed and the Ukrainian flag has been hoisted there, the head of the joint press centre of the Defence Forces in southern Ukraine, Nataliya Humenyuk, has said, according to an LB.ua correspondent.

"The Ukrainian flag has already been hoisted on Snake Island. The military operation is over. This territory has now been returned to the jurisdiction of Ukraine," she said.

According to her, Ukrainian troops are advancing in other areas too.

"In a special way, slowly but surely. As part of a military operation, maintaining silence," Humenyuk said, noting that announcements are made when a job is completed.

Russia has not been successful on the ground.

"Therefore, it is using air and missile strike tactics. This morning there was another missile strike on Novovorontsovka and some communities in the north of Kherson Region. There have been no casualties so far. But the circumstances are still being clarified because the shelling was very scattered," she said.

Russian troops seized Snake Island on the first day of the full-scale invasion, 24 February. They tried to induce the Ukrainian defenders who were on the island to cooperate and promised them high salaries. Ukrainian servicemen advised the russian warship "to go fuck itself" and were taken prisoner.

After the capture, russia deployed their equipment on the island, including air defence systems.

In June, the Ukrainian Defence Forces launched a special operation to liberate the island. On 21 June, they attacked the island, inflicting bad losses on its garrison. The russians lost an anti-aircraft missile system and a radar station.

The Ukrainian operation to destroy the occupiers continued, with reports about the destruction of the russian Panzir-S1s. On 30 June, the Operational Command South reported that the russians hastily evacuated Snake Island and abandoned it.