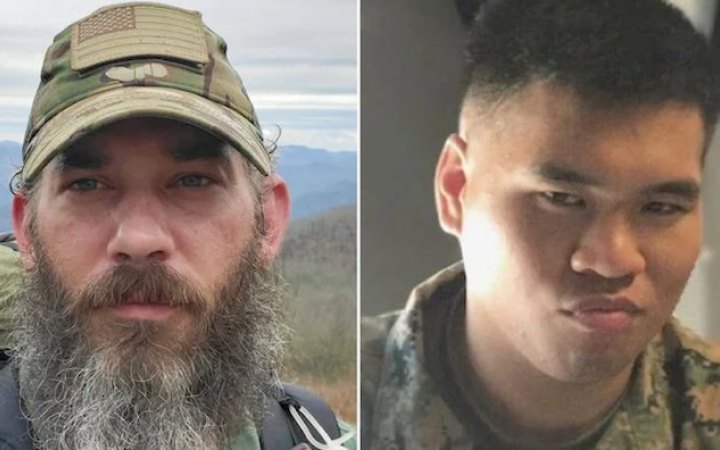 Freed from russian captivity, foreign volunteers Alex Drueke and Andy Tai Huynh told about the torture and abuse they suffered during 104 days of detention by the occupiers. They were interrogated, subjected to physical and psychological ill-treatment, and given little food and water, The Washington Post writes.

On 9 June, the Americans and their unit left Kharkiv for the north. They were to engage in aerial reconnaissance - to monitor the russian military from small drones. The unit ran into an enemy ambush. Part of the unit returned to the base, but the russians managed to capture Drueke and Huynh. They were stripped of their gear and weapons and bound. At first, they were taken to russia but then moved to the occupied part of Ukraine, Donetsk Region.

According to Drueke, as they crossed the border into russia, the captors noticed their new location, slugged them in the gut, and said: "Welcome to Russia." For most of the next few days, they were blindfolded, with the blindfolds removed only occasionally. During this time, they discovered that they were in a “tent city,” each tent housing six or seven prisoners of war. The area was surrounded by a fence and barbed wire.

The interrogations, according to Drueke, were horrific. They were questioned if they were CIA, forced to stand on their hands and knees until they were numb, and beaten if they moved.

“They really thought that we had been sent by our government, or had a large amount of government support. They really wanted to make sure we weren’t lying about that — and they had their ways of doing that,” he noted.

Four days later they were transferred to the occupied territory of Ukraine. Their torture there worsened even more. Most detainees were kept in a cold basement divided into tiled cells. They received a loaf of bread daily along with water that often appeared dirty. Huynh said he could hear screams — and cries of pain — as interrogations were conducted.

“That was one of the worst parts,” Huynh said. “Hearing people being hurt and not being able to do anything about it.”

British Paul Urey was killed by russians in this camp.

According to Drueke, the armed captors ordered him and Huynh to participate in propaganda interviews that appeared in russian state media and watched as they were recorded. In one, published on 17 June, they were to express frustration with corruption in the Ukrainian military and warn other Americans to "think twice" about joining the military. Drueke said it still bothers him that he was forced to say such things.

After another four weeks, they were moved to another place. The conditions there were just as bad: the bedbugs were biting them so hard that the men got scars on their backs.

According to both men, they have numbness in their hands, a possible symptom of nerve damage. Drueke believes he may have cracked four ribs. Huynh is struggling with short-term memory loss and said that his mind “deteriorated” in captivity.

After their release from captivity, the volunteers said they wanted to draw attention to the military needs of Ukraine and the release of other prisoners, including Americans.

Drueke and Huynh were released as part of a prisoner exchange on 21 September, when, among others, the defenders of Azovstal were freed. Saudi Arabia facilitated the release of foreigners.