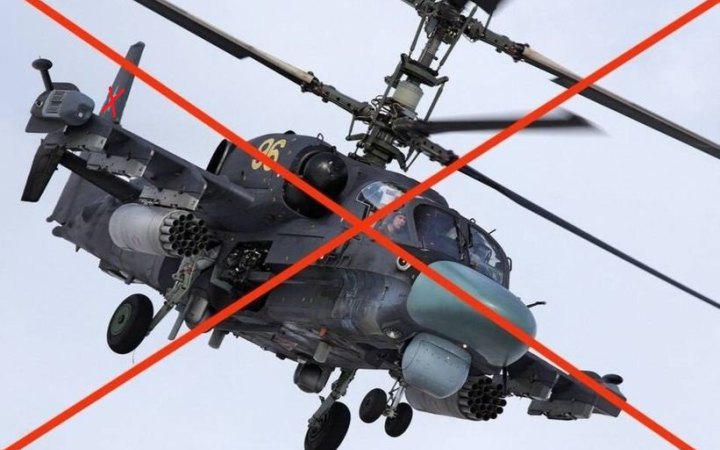 Special Forces of the Security Service of Ukraine's (SSU) Special Operations Centre A destroyed a Russian Ka-52 helicopter in Zaporizhzhya Region, the SSU has said on Facebook.

According to the report, a tactical group of Special Forces was at the forefront, controlling the area of an enemy aircraft's probable passage.

The Ka-52 is a russian combat helicopter, a command vehicle of army aviation, which carries out reconnaissance, targeting, and coordination of a group of combat helicopters. The Ka-52 can strike armored and unarmored vehicles, manpower, and air targets on the battlefield.